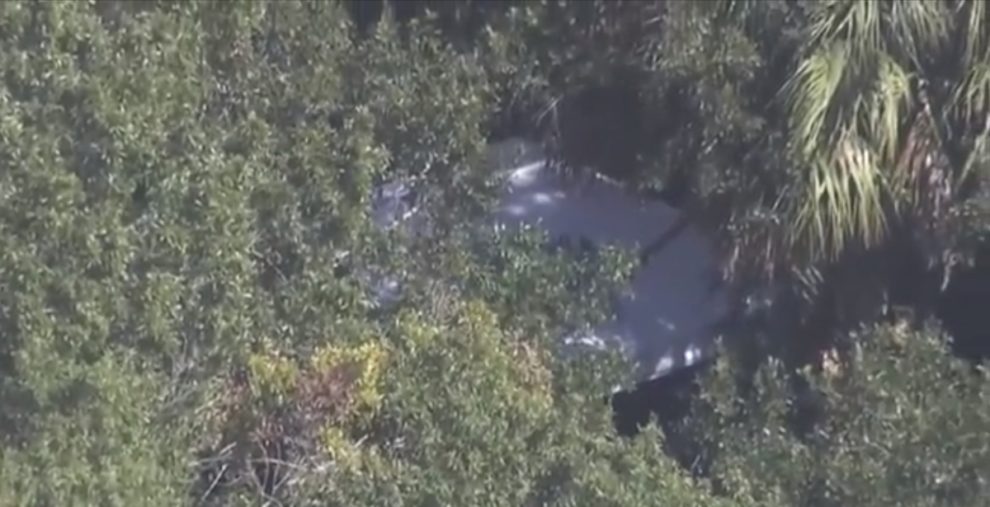 The Sarasota County Medical Examiner’s Office has been summoned to the North Port park where the search for Brian Laundrie, 23, is underway, CNN reported Wednesday.

A spokeswoman for the Sarasota County Medical Examiner’s Office said that the medical examiner’s office has been called to the preserve where the search for Brian Laundrie is underway.

“A former Sarasota County deputy, who isn’t part of the investigation, tells me it is “unlikely” they would call the Medical Examiner unless they have a body or remains,” a Boston Globe editor said on social media.

When a reporter from The Sun asked if a body had been discovered, the Laundrie family attorney said, “no comment.”

Brian Laundrie’s parents, along with the FBI and local authorities, discovered some of Brian’s belongings off a trail he frequented.

Tent now set up in the reserve.@8_plamison is up. pic.twitter.com/pB5anHGzj2

The family’s attorney Stephen Bertolino released a statement on Wednesday saying, “Chris and Roberta Laundrie went to the Myakkahatchee Creek Environmental Park this morning to search for Brian. The FBI and NPPD were informed last night of Brian’s parents’ intentions and they met Chris and Roberta there this morning. After a brief search off a trail that Brian frequented some articles belonging to Brian were found. As of now law enforcement is conducting a more thorough investigation of that area.”

The items’ specifications have not yet been released.

The Pasco County Sheriff’s Office reportedly confirmed that North Port Police requested a human remains detection team to go to Myakkahatchee Creek Environmental Park today to assist in the search for Brian Laundrie. One dog, one handler, and two spotters make up the team.

Petito, 22, went missing nearly two months ago while she and Laundrie, 23, were on a road trip around the western United States, documenting their travels on social media. On September 1, Laundrie returned to their home in North Point, Florida, where they lived with his parents, without Petito.

Petito’s body was discovered in a national forest in Wyoming on September 19 near where the couple was last seen together. Dr. Brent Blue of the Teton County Coroner’s Office ruled that she died as a result of strangulation.

UPDATE 2:13 EST – “Items of interest were located at the Carlton Reserve this morning in connection with the search for Brian Laundrie. An #FBI Evidence Response team is processing the scene. The reserve is closed to the public and no further details are available at this time,” FBI Tampa said in a tweet.