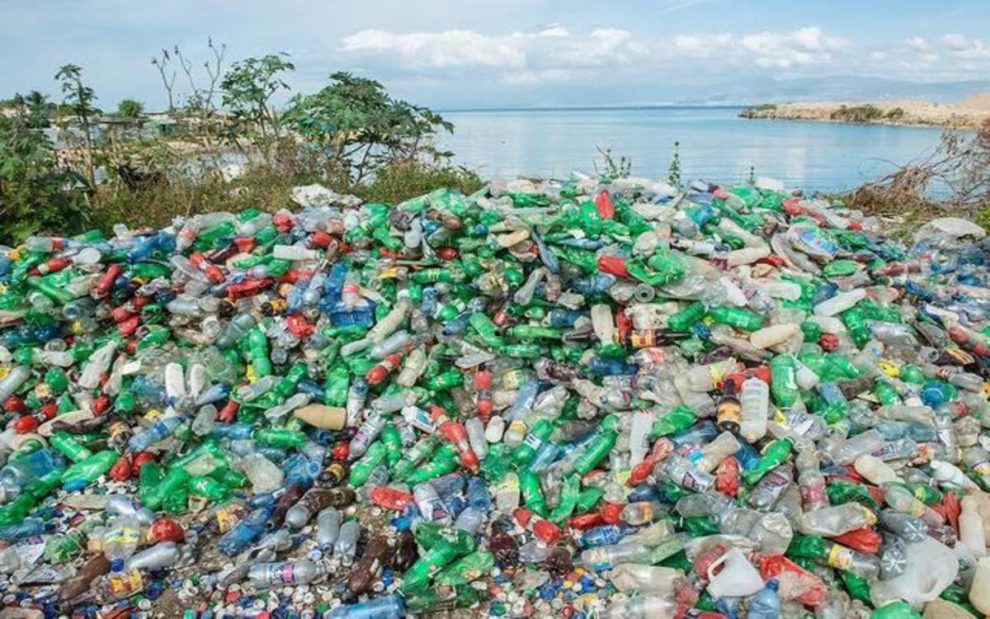 Mexico is facing a severe environmental crisis in its maritime space. Plastic islands float on the coast of the Gulf of Mexico and also in the Pacific Ocean, forcing this Latin American country to wage a real war against the solid waste that contaminates its natural reserves and can cause several damages to the available resources and, consequently, to the national economy.

Obrador remains negligent with the environment, while the country is affected by immense plastic islands.

The situation of inappropriate plastic disposal in the Mexican seas has reached devastating levels and is demanding an immediate response. It has become a priority for the Mexican government to integrate the fight against environmental degradation into the public policy program. A project to significantly reduce the use of plastic items and completely eliminate single-use products – such as cutlery and straws – is currently being voted on in the National Congress, receiving support from environmentalists and critics from the industrial sector.

Despite the undeniable need to combat environmental degradation, many politicians believe that environmental policies will strongly affect the Mexican economy and are therefore opposed to projects to reduce plastic production. These parliamentarians are generally supported or financed by the business sector responsible for the production and circulation of plastic utensils. Plastic manufacturers recently approached Congress with a request to establish a moratorium on introducing new restrictions on plastic consumption, at least until the health emergency of the COVID-19 pandemic ends. Manufacturers also argue that sanctions on plastic will lead to the loss of about 3,200 jobs in the midst of an economic crisis, which will certainly have a significant impact on the national economy by removing the source of income of thousands of Mexican workers.

While parliamentarians are fighting each other, nearly three tons of garbage is deposited into the sea every day. Currently, plastics are found in more than twenty environmental zones protected by Mexican laws. These residues include not only the waste produced in the Mexican territory, but also debris thrown by the currents of the US and more distant countries, such as the Dominican Republic, Venezuela, or Colombia, highlighting the need for cleaning and conservation projects. There is plastic not only on the surface of the sea, but also on the bottom, forming true islands of toxic solid waste, affecting all of the region’s biodiversity.

It is important to note that despite being the main problem, plastic is not the only one responsible for the Mexican environmental crisis. In addition to the plastic, ecologists also criticize the environmental impact of three federal government’s megaprojects: a new refinery on the Gulf coast and two railways: the “Tren Maya”, on the Yucatan peninsula, and the corridor of the isthmus of Tehuantepec. According to experts, these projects can cause irreparable damage to biosphere reserves and coastal mangroves, where environmentalists observe an underestimation of the country’s major ecological challenges and a possible breach of its international commitments.

This environmental crisis arises amid a context of great economic and social instability. Lopez Obrador still seeks to consolidate himself as a popular, charismatic, and efficient leader, trying to preserve a support base amid so many problems that affect Mexican society. Obrador has always been criticized for his environmental negligence. The Mexican president does not seem to realize that the environment is a strategic sector, and that an adequate environmental management is essential to guarantee the main national interests, including economic well-being. In the name of “economic development” Obrador has tolerated several environmental crimes. The “Tren Maya” project alone will destroy almost 2600 hectares of green area, which is why 90 environmental protection organizations have denounced it.

For a nation like Mexico, where tourism accounts for about 9% of the total economy, protecting the environment means protecting the economy. If the environment in highly tourist areas – such as Yucatán (where the “Tren Maya” will be built) and Quintana Roo – suffers from strong impacts, the attractiveness of these places will collapse and with that the approximately 4.4 million jobs in the entire country that depends on the sector will also be threatened. The same applies to coastal areas, where plastic occupies an increasing space. Plastic islands will soon be visible in some of Mexico’s most touristic regions, affecting the entire economic chain.

The plastic manufacturers’ argument that declining production will affect public health does not materialize. In times of pandemic, the production of plastic must evidently increase and that is precisely why other sectors must significantly decrease the production of these items, aiming to reduce the environmental impact, keeping the plastic restricted to medical use. Obrador is starting to give in on some environmental agendas, but he remains a negligent president on this point, despite any other merit. Obrador has a comfortable position in the Mexican government, considering that the opposition is not unified, remaining fragmented. However, he will gain nothing by being negligent of the environment. In a world increasingly concerned with ecology, defending environmental guidelines is a matter of survival.