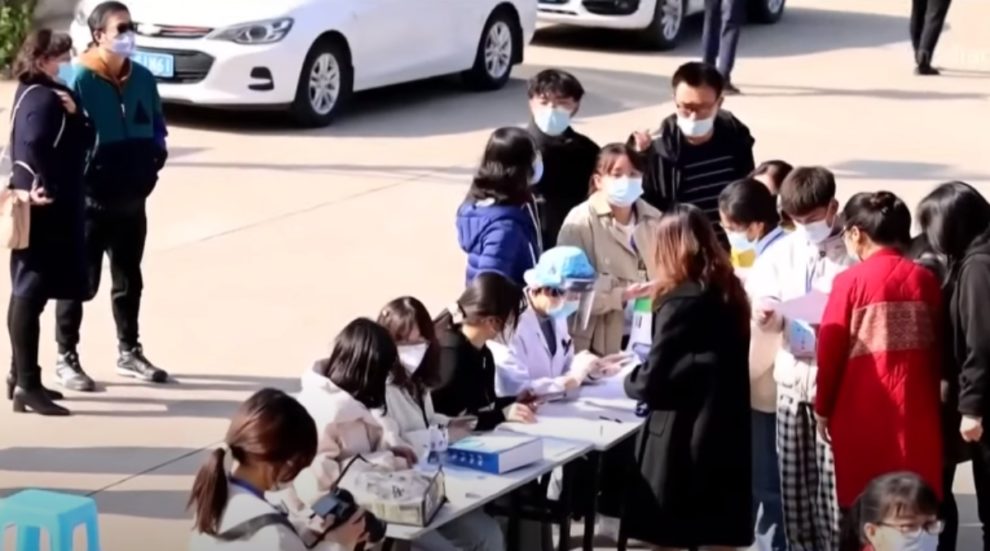 As the country grapples with the return of the delta variant and more frequent virus outbreaks, China began giving COVID vaccines to children as young as three years old.

In China, where 76 percent of the population has been fully vaccinated and authorities have a zero-tolerance policy toward outbreaks, children as young as three will begin receiving COVID-19 vaccines.

Vaccines are being distributed to children aged three to eleven in a number of locations across China, according to local media reports. The shots, developed by domestic drugmakers Sinovac Biotech Ltd and state-owned Sinopharm, have already been administered to those aged 12 and up, with the country approving their use in those aged three and up in June.

According to the official websites of provincial health commissions, the campaign was launched in a number of regions this week, including Hubei, Hunan, Hainan, and Zhejiang provinces.

According to notices published by provincial health authorities, children of this age range would receive two shots of vaccines supplied by China’s Sinopharm and Sinovac, at least three weeks apart.

Throughout the pandemic, China has used lockdowns, quarantines, and mandatory testing for the virus, and has largely eliminated cases of local infection while fully vaccinating 1.07 billion of its 1.4 billion people.

Many developing countries that were unable to obtain vaccines from Western pharmaceutical companies such as Pfizer and Moderna purchased Chinese vaccines. According to the Ministry of Foreign Affairs, China has shipped more than 1.2 billion doses as of September.

Despite widespread domestic and global use, not every parent is convinced of the vaccine’s safety, citing a lack of publicly available data on the shots.

According to AP report, Wang Lu, who lives in Fujian province’s southern city of Fuzhou, said she isn’t in a rush to get her 3-year-old son vaccinated. “I’m just not very clear on the vaccine’s safety profile, so I don’t really want to get him vaccinated, at the very least, I don’t want to be the first,” Ms. Wang said.