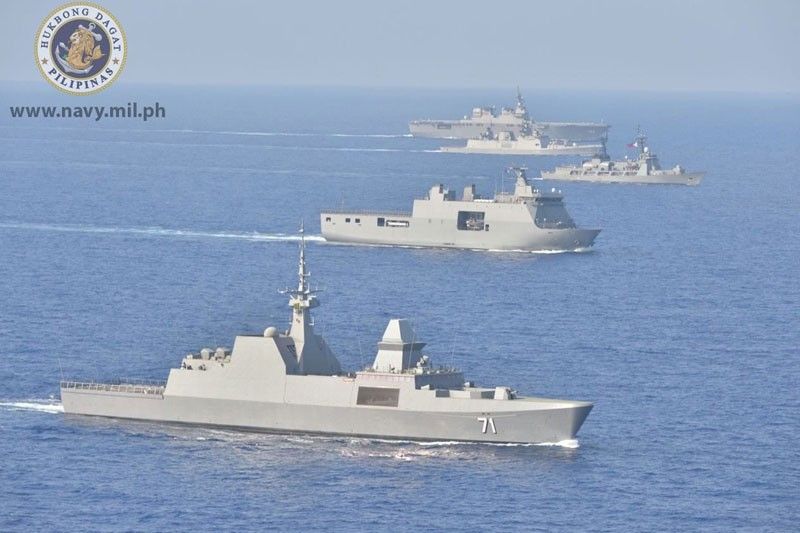 The presence of 220 Chinese vessels at Julian Felipe Reef was reported by the Philippines in March. As of April 13, the number had been reduced to less than ten.

Jerry Hendrix, a retired US Navy officer, told Forbes, “The Chinese have blinked.”

Four of the Philippines’ most advanced warships were dispatched to the West Philippine Sea to counter China’s growing presence at Julian Felipe Reef. The BRP Jose Rizal and the BRP Antonio Luna, two brand-new missile-guided frigates, were among the units deployed. It also sent in warplanes to keep an eye on the situation.

Meanwhile, the USS Theodore Roosevelt, an aircraft carrier, was also dispatched to the area. An American aircraft carrier, on the other hand, never travels alone. Every time a US carrier is sailing, you can expect a large escort of submarines, destroyers, and cruisers to protect it from other ships. This is in addition to the dozens of planes it transports.

The USS Makin Island, a formidable assault ship capable of carrying up to 20 attack aircraft or stealth strike-fighters, was also deployed.

The Philippine Coast Guard took photos on April 13 and 14 that show Philippine and Chinese vessels at the Julian Felipe Reef.

The latest development is significant not only because the Philippines has issued a challenge to China, but also because it is the first time the Philippines has used a military weapon to assert itself. That is something the Chinese military officials should take very seriously. China has always respected force, no matter how insignificant it appears to be.

The US has previously been evasive about the Mutual Defense Treaty’s scope, claiming that obligations would only be triggered if they occurred within the Philippines’ territorial waters, not its exclusive economic zone. They appear to be shifting their position now.

Cutting it short, now it does not appear that China will be militarizing Julian Felipe Reef in the near future.