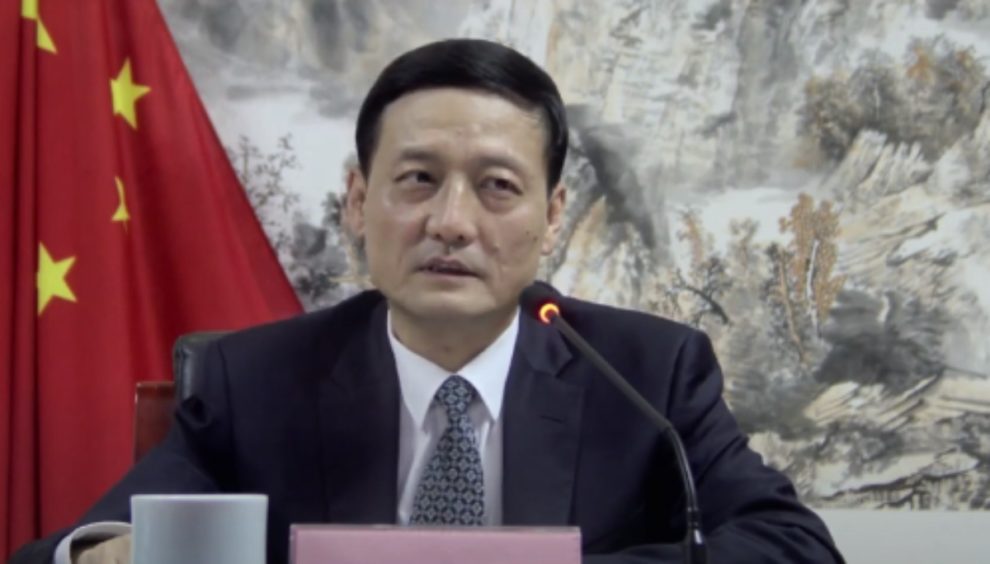 China’s minister for industry and information technology is being investigated for alleged corruption, state media reported Thursday, the latest senior cadre to be snared by Beijing’s sweeping crackdown.

Xiao Yaqing is among the biggest names caught up in President Xi Jinping’s anti-corruption drive, and the investigation into him comes ahead of a key leadership summit this autumn where the Chinese leader will seek to cement his grip on power.

Ostensibly a crackdown on corruption, critics say the wide-ranging campaign launched just after Xi took power in 2012 has also served to remove those voicing criticism of the all-powerful leader, or seen as a threat.

Xiao is facing charges of “violating discipline and law,” and is “currently under review and investigation,” state broadcaster CCTV said without giving more details.

His fall from grace comes amid a widespread crackdown on Chinese tech companies, which Beijing fears wield too much power due to lax regulations.

A businessman-turned-politician, Xiao started his career in the early 1980s on a factory floor in northeast China’s rust belt as an engineer and then worked his way up to head the State Administration for Market Regulation, which determines key market rules in China.

In July 2020, he was appointed to the top job at the Ministry of Industry and Information Technology, which decides key issues including China’s roadmap to dominate the electric vehicle industry and the country’s ambitious 5G communication network plan.

The ministry also played a key role in the now-scrapped “Made in China 2025” policy, which outlined Beijing’s plans to dominate 10 cutting-edge technologies, from artificial intelligence to robotics.

Regulatory chiefs, insurance giants, security officials and financiers are just some of the bigwigs to recently face censure or prosecution under the corruption drive, though it is rare for a minister to face investigation while still holding office.

The vast majority of figures investigated for corruption are eventually convicted.

And ex-deputy public security minister Sun Lijun — who oversaw security in Hong Kong during months of unrest in 2019 — was arrested in April 2020.

He later confessed on state TV that he had received a series of bribes worth $14 million, hidden inside boxes of what appeared to be seafood.