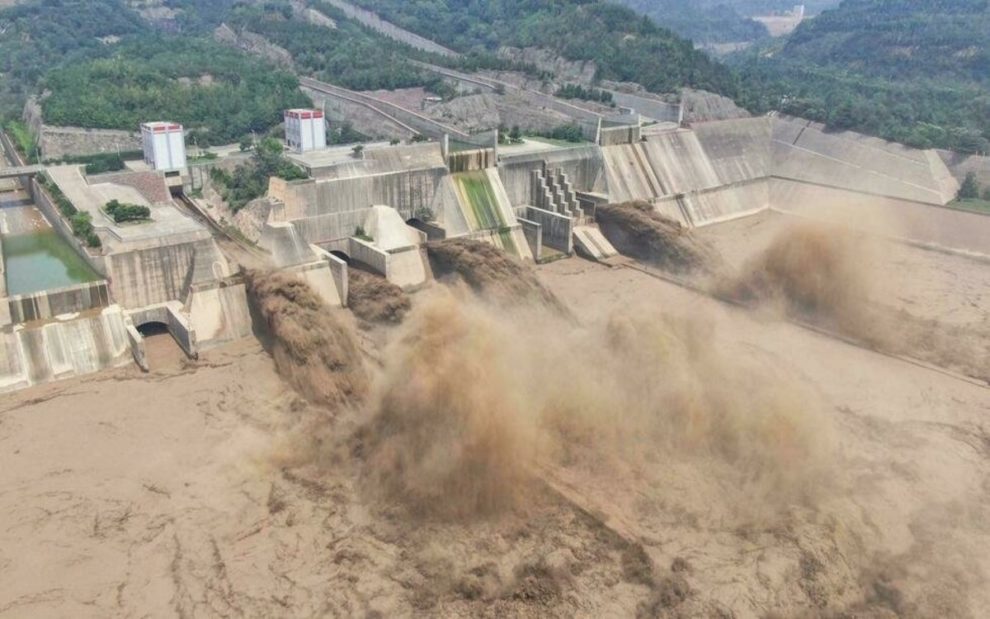 LATEST UPDATE: According to local media reports, Guojiaju dam in central China’s Henan province has been collapsed by severe flooding.

“This came as central Henan’s capital Zhengzhou witnessed a rainstorm that broke all historic records, and the Guojiaju dam near the city collapsed at 1:30 am local time,” CGTN wrote in a tweet.

According to earlier reports, the Chinese army had warned that Yihetan dam in the Henan province “could collapse at any time.”

The Chinese army warned that a dam in the country’s center “could collapse at any time” after being severely damaged in torrential storms that killed at least three people and caused devastation in the region.

The highest level of weather warning has been issued for central Henan province, as heavy rains have caused widespread disruption and the evacuation of residents from flooded streets.

The People’s Liberation Army regional unit warned on Tuesday evening that the relentless rain had caused a 20-meter breach in the Yihetan dam in Luoyang, a city of around seven million people, with the risk that it “may collapse at any time.”

According to the PLA’s Central Theater Command, soldiers were dispatched to carry out an emergency response.

The rainfall was the highest recorded since record keeping began sixty years ago, with the city receiving an average year’s worth of rain in just three days, according to weather officials.

The flooded subway system in Zhengzhou was closed, and hundreds of flights were also cancelled.

Videos shared over social media showed passengers clinging to handles in a flooded underground train carriage in Zhengzhou as the water inside surged to shoulder height, with some standing on seats.

Water could be seen gushing through an empty underground platform, as per CCTV footage.

The fire department shared reports of passengers being rescued from stranded trains on its official Weibo account, but did not issue its own statement.

According to one passenger’s account, fire and rescue personnel opened a hole in the carriage’s roof and evacuated passengers one by one.

One man was seen sitting on the hood of his half-submerged car in an underpass.

More than 10,000 people had been evacuated as of Tuesday afternoon, according to provincial authorities, who warned that water levels in 16 reservoirs had risen to dangerous levels as downpours destroyed thousands of acres of crops and caused $11 million in damage.