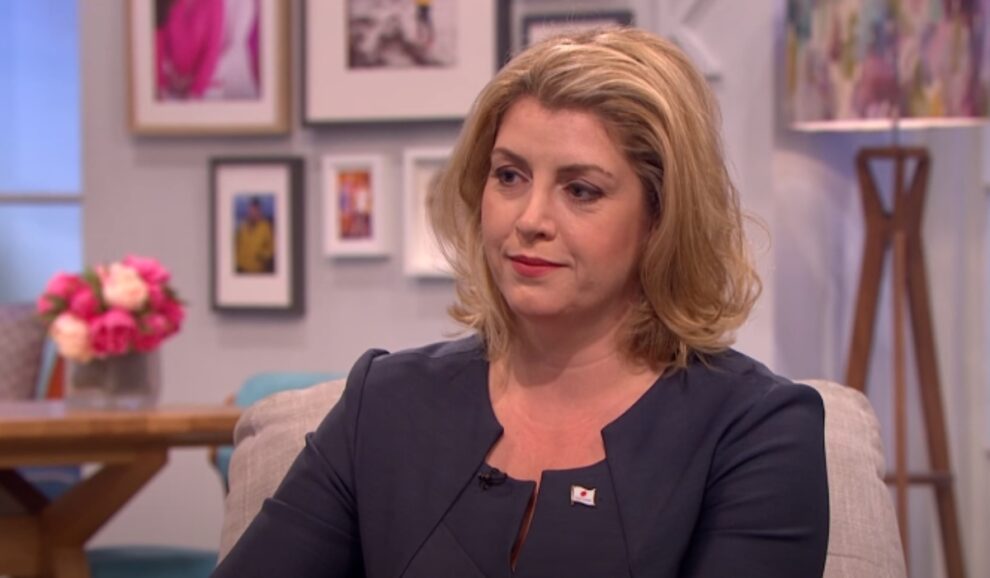 Cabinet member Penny Mordaunt became the first to formally declare her candidacy, after the UK’s ruling party was forced into its second leadership contest in weeks.

Mordaunt, who just missed out on making the final runoff after Johnson quit, said she was running for “a fresh start, a united party and leadership in the national interest”.

Truss announced on Thursday she was quitting after just 44 tempestuous days in office.

Polling company YouGov found that three in five voters now want an early general election, in line with demands from opposition parties, as Britons struggle with a worsening cost-of-living crisis.

Labour and other parties argue only an election can end the months of political chaos, sparked when Johnson was himself forced out in July after non-stop personal and political scandal.

In the resultant contest, Truss won the support of just over 80,000 Tory party members, defeating Rishi Sunak, who correctly warned that her right-wing programme of debt-fuelled tax cuts would crash the economy.

Now with a new vacancy suddenly opening up in 10 Downing Street, former finance minister Sunak has emerged as favourite in media straw polls of Conservative MPs.

But Johnson was said to be cutting short a Caribbean holiday to take part in the accelerated contest, which will see Tory MPs hold a vote on Monday before a possible online ballot for the members next week.

James Duddridge, one of Johnson’s closest allies in parliament, said he had been in contact with his old boss via WhatsApp.

Business Secretary Jacob Rees-Mogg, an arch Johnson loyalist, became the first minister to publicly back him, tweeting: “Only Boris can win the next election.”

Defence Secretary Ben Wallace, a favourite of the Tory grassroots, told reporters he was not standing himself and said: “At the moment, I’m leaning towards Boris Johnson.”

But Wallace added that Johnson still had “some questions to answer” over the multiple scandals, which resulted in a yet-to-launch investigation in the House of Commons.

If found guilty of lying to the Commons over the “Partygate” scandal — lockdown-breaching revels held in Downing Street — Johnson could be suspended or even expelled from parliament.

As a result of such controversies, Johnson left Number 10 with dismal poll ratings, and other Tories were aghast at the prospect of his coming back.

Veteran backbencher Roger Gale warned that Johnson could face a wave of resignations from MPs refusing to serve under him as leader.

Jesse Norman, a minister in the Foreign Office, said choosing Johnson again would be “an absolutely catastrophic decision”.

Sunak obtained his own endorsements from, among others, Sajid Javid and Dominic Raab, both senior former cabinet members.

And Johnson’s ambiguous appeal was underlined by another YouGov poll that found 52 percent of voters opposed to his return.

While Sunak and Johnson are yet to formally declare, the contest is widely expected to be a three-way race between them and Mordaunt, who is the cabinet minister in charge of the House of Commons.

Contenders have until 2:00 pm (1300 GMT) on Monday to produce a minimum 100 nominations each from the 357 Conservatives in the Commons.

If necessary, MPs will then vote to leave two candidates standing, and hold another “indicative” vote to tell the party membership their preferred option.

If no single candidate emerges, the rank-and-file will then have their say in an online ballot and the result will be announced next Friday.

Political website Guido Fawkes, which is running a rolling spreadsheet of Tory MPs’ declared support, had Sunak on 88, Johnson on 65 and Mordaunt on 24 by Friday evening.

In Sunak’s constituency in Yorkshire, northern England, 58-year-old farmer Elaine Stones said the party made a mistake in electing Truss instead of him.

“He’s honest, reliable and he should have been voted in last time,” she told AFP.

But retiree Maureen Ward called Sunak a “backstabber” who helped to topple Johnson.

“He wielded the knife and once you do that, you can’t be trusted,” she said.