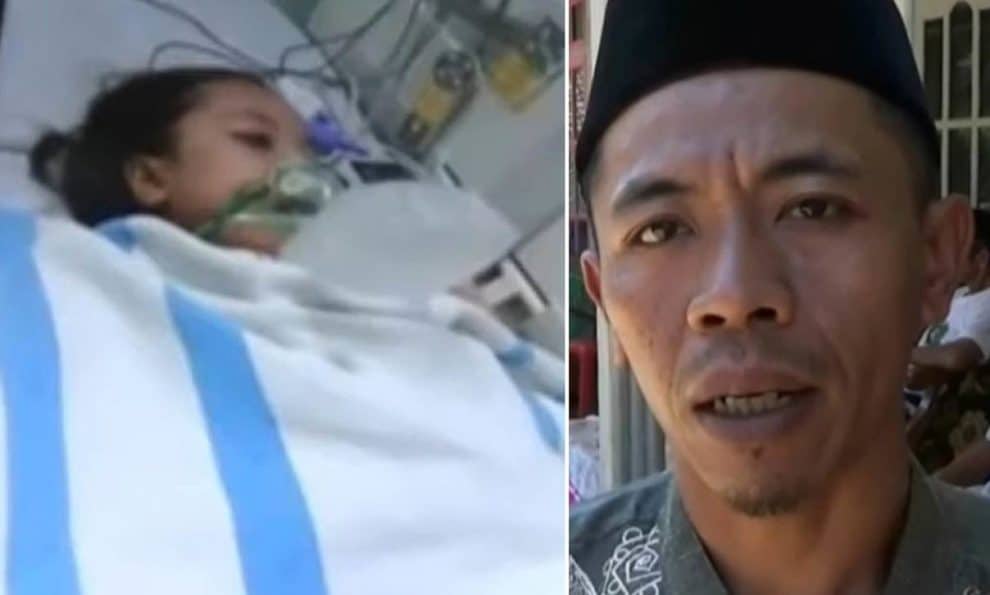 After declared dead in a hospital in Probolinggo, in the Indonesia province of East Java, an Indonesia girl wakes up again. The parents of the little girl, named Siti Masfufah Wardah, took her to the hospital a few days ago, for chronic diabetes and organ complications.

12-year-old girl wakes up again after being pronounced dead

On August 18, a hospital in Probolinggo admitted a 12-year-old girl, Siti Masfufah Wardah, for heart disease and diabetes. At 6 pm the same day, doctors taking care of the Indonesia Girl pronounced her dead, after she stopped breathing. Shortly after that, the parents of the little girl took her remains home around 7 pm, so they could clean it up and prepare it for the final burial proceedings.

While the dead body was in the bath, ready for cleaning, the Indonesia girl suddenly woke up again, regaining her heartbeat and her body becoming warm. A 40-year-old man Ngasiyo, identified as the little girl’s father, disclosed what happened to a news channel.

Here’s what Ngasiyo said, while in a short discussion with a local news outlet, Detik.

“When the body was about to get cleaned up, her body temperature suddenly warmed. And her closed eyes suddenly reopened. And we found her heart was beating again and her body moved.”

After regaining her heartbeat, the family rushed the girl inside, immediately calling the attention of doctors to the scene. On receiving the good news, the shocked doctors quickly came to the little girl’s house to support her with oxygen. However, Siti Masfufah Wardah, the 12-year-old Indonesia girl, was only able to stay alive for an hour, before finally saying goodbye to the world.

Medically, what happened to Siti Masfufah Wardah, is called the return of spontaneous circulation (ROSC) or Lazarus syndrome. This often happens when a patient passes away after diagnosed with heart failure. According to a study, published in the Journal of the Royal Society of Medicine, about 82% of ROSC cases occur 10 minutes after death.

After the re-confirmation of the death of the Indonesia girl, her parents were able to bath the remains. After that, they prepared her for the final burial rite. About 90 percent of the population in Indonesia is Muslim. As such, it’s part of the belief that families must wash a dead body before burial. Finally, they were able to bury the dead body in a cemetery, located in the Lambangkuning Village.

The Chief AKP of the Lumbang Police department, Muhammad Dugel, was also able to confirm the incident. According to him, he mentioned, that the investigation is still underway to know more about the incident.