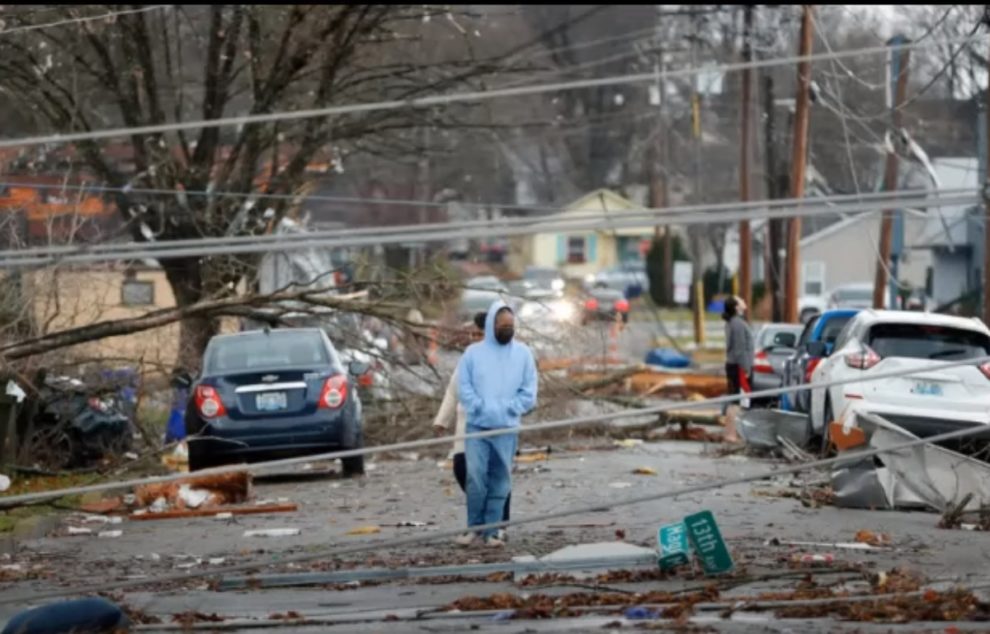 According to authorities, the death toll from at least 30 tornadoes that swept through the six US states of Arkansas, Mississippi, Illinois, Kentucky, Tennessee, and Missouri may rise to 100.

The local media reported on Saturday that a candle factory in Kentucky had been completely destroyed.

“There were about 110 people in it (candle factory) at the time that the tornado hit it,” Kentucky Governor Andy Beshear said.

“We believe our death toll from this event will exceed 50 Kentuckians and probably end up 70 to 100.”

Beshear has declared the area to be in a state of emergency.

Tornadoes also hit an Arkansas nursing home and ripped off the roof of an Amazon warehouse in Illinois, killing several people.

Another nursing home and a fire station in Trumann, Tennessee, were also heavily damaged.

According to local media, it was the worst tornado that hit Arkansas and stayed on the ground for about 223 miles into Kentucky, and it was most likely the longest reported tornado in history.

At least 331,549 utility customers in four states were without power, according to PowerOutage.US.

The National Weather Service issued a tornado warning on Friday, stating that massive thunderstorm systems posed a threat to at least 25 million people.