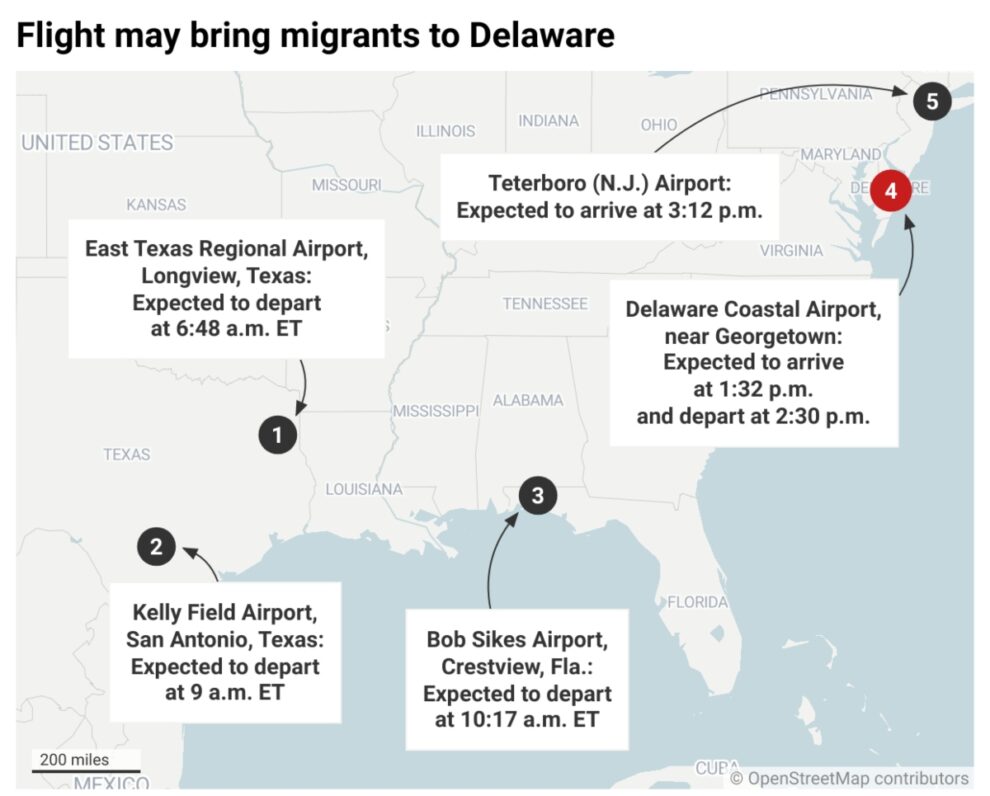 The Delaware governor’s office is preparing for the possibility of a plane containing migrants at an airport near Biden’s home. The flight is scheduled to leave Texas and land at the Delaware Coastal Airport on Tuesday, reported Delaware Online.

Migrants plane expected to land near Biden’s home in Delaware

The destination of the flight appeared to be an airport near President Joe Biden’s holiday home, according to the flight tracking website FlightAware.

According to Delaware Online, the plane had not departed Texas as of 9:30 a.m. However, the Governor of Delaware John Carney’s spokesperson Emily Hershman said the governor’s office knows about the reports and is making arrangements for the potential arrival.

“Our teams at [Delaware Emergency Management Agency] and [Delaware Department of Health and Social Services] are working with community organizations and other partners to make sure that migrants who arrive here have the support that they need,” Hershman said.

A source at the Delaware Coastal Airport reported that officials from the state’s Department of Health and Social Services were preparing to welcome the migrants if they arrive today (Tuesday).“It’s all been coordinated,” said the member of airport management who declined to reveal his name.

The news of the migrant flight comes after Florida Gov. Ron DeSantis authorized two private planes carrying 48 Venezuelans from the San Antonio airport to Martha’s Vineyard last week. According to the Associated Press, a Texas sheriff started an investigation into the legality of these flights on Monday.

Earlier this week, U.S. Sen. Ted Cruz tweeted that Rehoboth Beach would be a potential destination for the increasing number of people crossing the border, particularly since President Joe Biden has a vacation home in North Shores near Rehoboth.

The plane will stop in Florida before landing in Delaware

The flight was marked as “scheduled” on several flight trackers as of 11 a.m. The flight route seems to begin in Texas and take a stop in Crestview, Florida, before arriving in Delaware.

Bruce Bowman, the vice president for Emerald Coast Aviation, the airport’s fixed base operator, claimed everything was normal. He told Delaware Online that he knew nothing about the plane’s arrival.

“We have sheriff’s deputies here all the time,” Bowman said. “We have a special task force to protect the airport.”