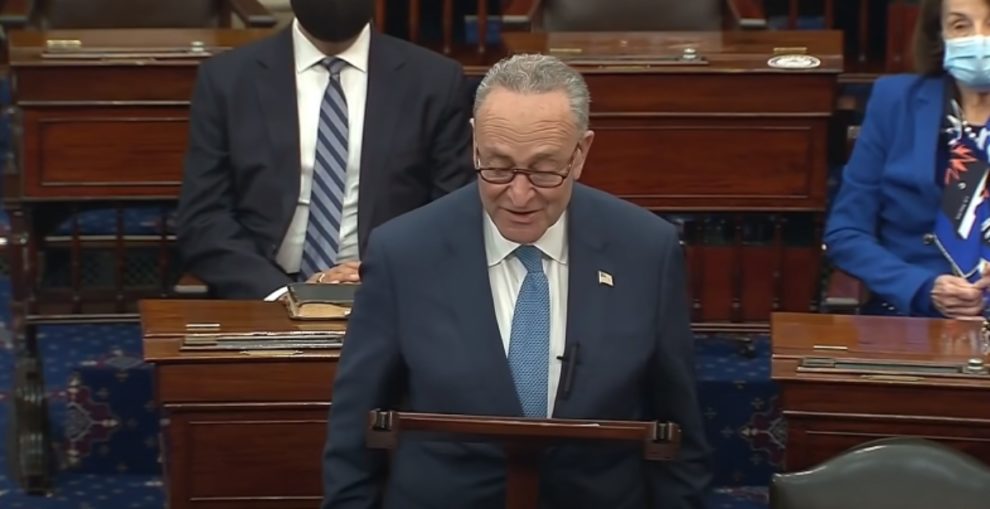 Schumer, in a letter to fellow senators, compared laws passed by Republican-led legislatures in several states to the attack on the US Capitol by supporters of former president Donald Trump.

“Much like the violent insurrectionists who stormed the US Capitol nearly one year ago, Republican officials in states across the country have seized on the former president’s Big Lie about widespread voter fraud to enact anti-democratic legislation,” he said.

“They want to unwind the progress of our Union, restrict access to the ballot, silence the voices of millions of voters, and undermine free and fair elections.”

Democrats have accused Republican state legislatures of enacting laws that would restrict the voting rights of minorities and curtail early voting and mail-in voting.

Democrats enjoy a slim majority in the 100-member Senate but have been unable to muster the 60 votes needed to bring the voting rights legislation to the floor.

Schumer threatened to force a change in the rules by January 17 if the Republican minority continues to stymie the voting rights bill by using the procedure known as the filibuster.

“We must adapt. The Senate must evolve, like it has many times before,” Schumer said.

“We hope our Republican colleagues change course and work with us,” he said. “But if they do not, the Senate will debate and consider changes to Senate rules on or before January 17, Martin Luther King Jr. Day, to protect the foundation of our democracy: free and fair elections.”

Doing away with the filibuster in the Senate is far from certain.

Two Democratic senators have said they would oppose such a move and there have been no indications so far that Schumer has brought them on board.

President Joe Biden, a former senator, has said he supports making an exception of the filibuster to pass voting rights.