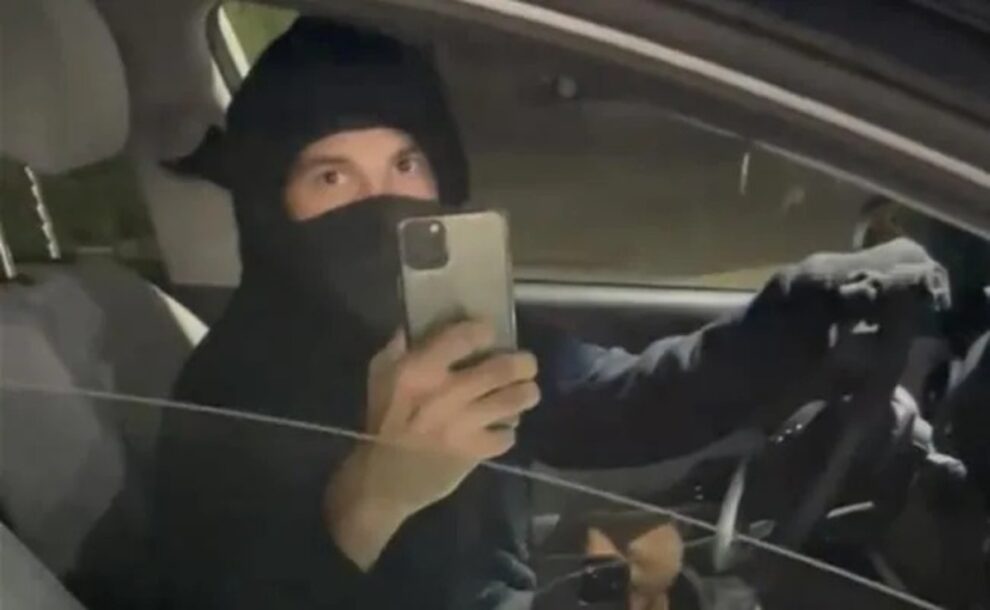 Elon Musk shared a video of a “crazy stalker” wearing a black hood and a mask covering his mouth.

The man allegedly followed a car with the Twitter owner’s 2-year-old son and then “climbed” atop it in Los Angeles.

The video from Wednesday night showed an unidentified man driving a white Hyundai.  As he pulled up beside the car carrying little X A-Xii, the driver pulled out his phone and appeared to record the moment.

Musk’s 11-second video clip then panned down to the alleged stalker’s license plate. Musk was not present in the car at the time of the incident, which occurred on Tuesday, according to the mogul.

Anyone recognize this person or car? pic.twitter.com/2U0Eyx7iwl

Last night, car carrying lil X in LA was followed by crazy stalker (thinking it was me), who later blocked car from moving & climbed onto hood,” Musk tweeted.

“Anyone recognize this person or car?” he added.

Musk turned to the internet for help in identifying the black-hooded man or the car.

He stated that legal measures are being taken against Jack Sweeney, a student who set up a Twitter account to monitor Musk’s private jet’s movements. His account was terminated on Wednesday, just before Musk revealed that his son was being stalked.

“Legal action is being taken against Sweeney and organisations who supported harm to my family,” he wrote on Twitter.

Musk shared pictures of son on Twitter earlier this month

X Æ A-Xii is one of Musk’s two children from his previous relationship with musician Grimes. The Tesla boss has ten children.

Musk uploaded pictures of “X” visiting Twitter’s headquarters in San Francisco earlier in the month. He also included a picture of the 2-year-Twitter old’s “employee badge.”

The billionaire shared the shocking video while declaring that Twitter will suspend “any account doxxing real-time location info” for violating “physical safety.”

A spokesperson for the Los Angeles Police Department informed CNET that they couldn’t verify whether such a report had been filed until they received more details about the alleged altercation’s location.