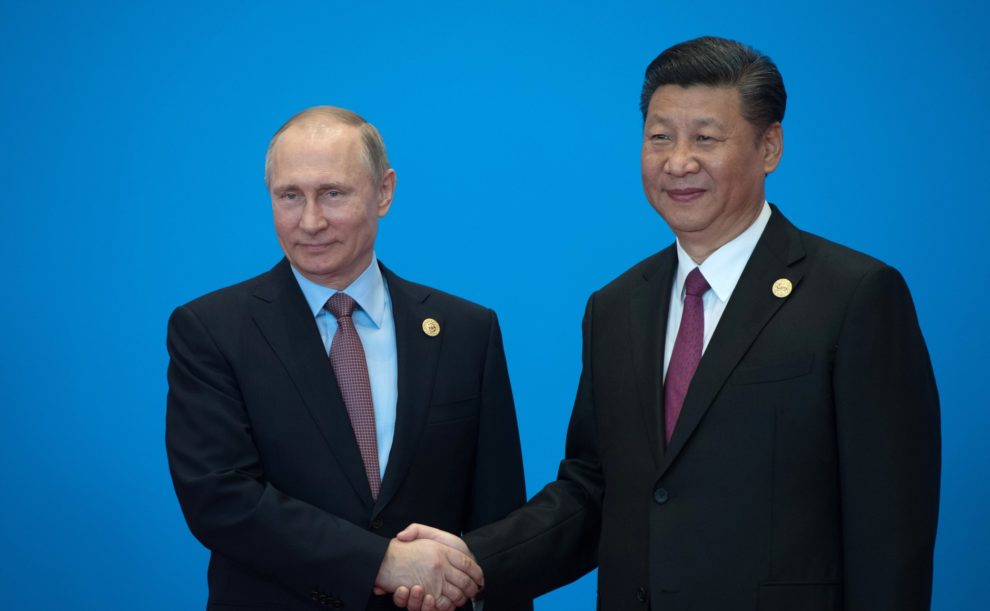 The European Union and the United States insisted Friday that any backing from Beijing for Russia’s war in Ukraine, or help for Moscow to dodge Western sanctions, would damage ties with China.

US Deputy Secretary of State Wendy Sherman and Stefano Sannino, head of the EU’s diplomatic service, held wide-ranging talks in Brussels on Thursday and Friday.

In a statement, the EU’s diplomatic service and the US State Department said they commended the “exceptional display of transatlantic unity” over the invasion of Ukraine.

“They will continue to urge China not to circumvent or undermine sanctions against Russia, and not to provide any form of support for Russia’s aggression against Ukraine, and reaffirmed that such support would have consequences for our respective relationships with China,” the statement said.

“They also expressed concern about China’s repeated information manipulation, including amplification of Russia’s disinformation regarding Russia’s invasion of Ukraine.”

EU member Lithuania last year allowed Taipei to open a representative office under the name of Taiwan, a significant diplomatic departure that incurred the wrath of Beijing which   downgraded relations and blocked exports from Vilnius.

China regards self-ruled, democratic Taiwan as part of its territory, and baulks at any international support for the island’s sovereignty.

Sherman and Sannino “expressed particular concern about, and opposition to, recent incidents of economic coercion by China, affirming their solidarity with those targeted and underscoring the importance of international cooperation,” the statement said.

In the eyes of Chinese officials, the Europeans have allowed themselves to be sucked into backing Ukraine, at Washington’s initiative, in a move contrary to their interests as Russian gas consumers.

While Beijing refuses to condemn the invasion of Ukraine and defends its firm friendship with Moscow, the EU has warned China that any support for Russia, in particular by strongly inflating its purchases of hydrocarbons, will tarnish its economic relations with Europe, its main trading partner.

Washington has gone further by raising the possibility of sanctions.

“We’ve been very direct that they have seen what we have done in terms of sanctions, export controls, designations vis-a-vis Russia, so it should give them some idea of the menu from which we could choose, if indeed China were to provide material support,” Sherman told a think-tank in Brussels on Thursday.

She said she hoped China “will learn the right lessons from this: that you cannot separate United States from its allies and partners, and Europe cannot separate, will not separate itself from like-minded countries”.