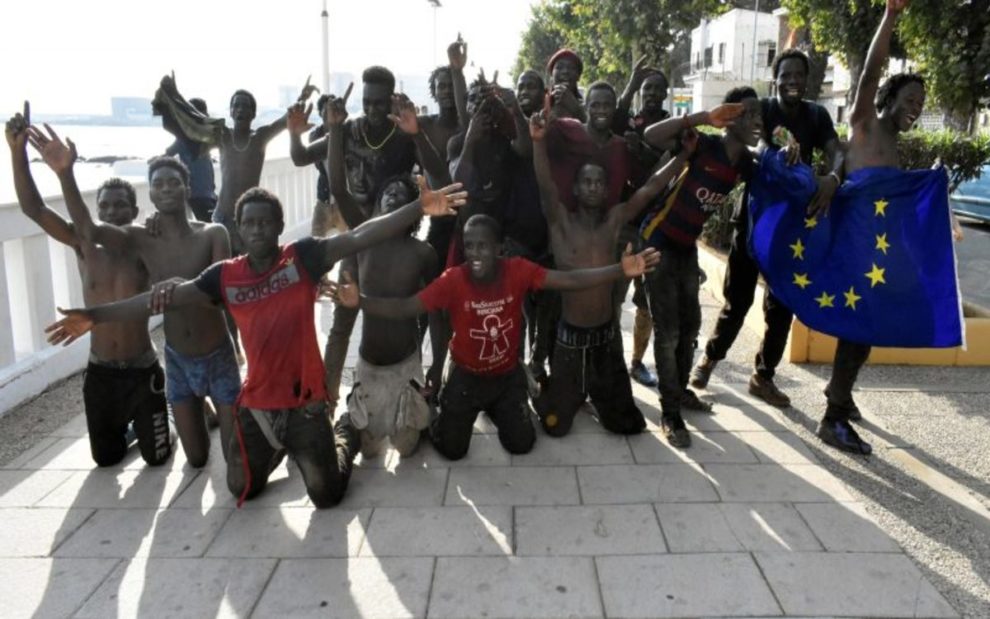 Relations between Europeans and Africans do not seem to be taking a good turn. The European Union saw 2020 as the great year for its relations with Africa and developed a new strategy to strengthen partnerships with the African continent. Brussels created great expectations for the October summit, which would negotiate the future of the Cotonou Agreement. Leaders from both continents would discuss partnerships, but the pandemic caused the summit’s postponement to April 2021, so a new version of the agreement on economic relations between the EU and Africa is pending.

With the pandemic, the European Union abandoned its cooperation projects with African countries, which caused a major crisis on the continent.

The new EU strategy for Africa was presented in March by the High Representative for Foreign Affairs, Josep Borrel, together with the Commissioner for International Partnerships, Jutta Urpilainen. As the EU is Africa’s main partnership in various sectors, such as trade, investment, and security cooperation, Borrel and Urpilainen have repeatedly stated their interest in expanding the areas of cooperation and guaranteeing a prosperous future for relations between both continents.

However, with the EU-Africa summit postponed to April 2021, the European bloc’s new strategy for Africa has not yet been approved by member countries and any future of broad cooperation is becoming an increasingly distant reality. A new Cotonou Agreement is also nowhere in sight and an agenda that would strengthen economic relations between the two regions remains pending. In fact, currently, relations between the EU and the African Union are practically paralyzed, with an urgent need to renew the conditions of cooperation between both blocs.

The Government of Germany – which has been in the Presidency of the European Council since July – is one of the most prominent in the attempt to recover relations with Africa. In a speech in May, Chancellor Angela Merkel said that Africa is a focus of her country’s foreign policy. However, it is notorious how German initial engagement has progressively lost strength. Over the months, Africa has become less and less present in public speeches by Merkel or Von der Leyen, and for obvious reasons: in a context of pandemic, economic crisis and great instability, the last concern of any European country is the cooperation with Africa.

The big question to be discussed, however, is whether there will be any opportunity to think about a new agreement from an African point of view. Until today, relations between Europeans and Africans have never been really fair. Despite the discourse on “international cooperation and strategic partnerships”, such ties are still visibly established as a kind of relationship between “superior and inferior”, where Europe takes a leadership position, subordinating Africa.

Many African politicians and civil society leaders think similarly in agreeing that the current relations between the European Union and the African Union are unfair and favor the Europeans. Recent research by VENRO shows that half of the African NGO workers surveyed in the study think that cooperation with Europe is not working well or is simply not working. The main point of contention is, of course, economic relations. On the one hand, the EU is the most important trading partner for African countries, representing 31% of exports and 29% of imports. On the other hand, the counterpart is extremely unbalanced. European countries mainly import raw materials from Africa and export industrial products. In this way, Africa’s economy can hardly escape the spiral of dependence, thus perpetuating a system of power relations where Africa occupies a secondary role in relation to Europe.

In fact, Africans are interested in changing this unilateral structure that subjugates their continent to outside interests. The current relations between Europeans and Africans favor the preservation of an underdeveloped, little industrialized system, based on agriculture and with high rates of poverty and unemployment. In theory, it should be of European interest to reverse this scenario, since contributing to the increase of poverty on an entire continent does not match the humanitarian ideals that the European Union claims to protect, but apparently humanitarian idealism disappears in the face of economic interests.

Another point of contention is the European migration system. European economic activity in Africa contributes to the increase in migratory flows, which are mainly targeted at Europe. The problem is that Europe is both interested in the workforce of immigrants and wants to increase its security levels due to the growing problem with terrorists infiltrating groups of illegal immigrants. For this reason, the EU currently encourages African governments to tightly control their borders, preventing illegal immigration. However, how to prevent people from seeking better living conditions when in their countries they are suffering from hunger and misery? And how to prevent more and more illegal immigrants from entering Europe when it is increasing its bureaucracy to guarantee the legality of foreigners?

For the near future, expectations are not good. If the meeting between EU and AU leaders was postponed this year due to the pandemic, what to expect for April 2021 when Europe is likely to be suffering from the effects of a second wave of COVID-19? In fact, Europeans over the years have used Africa for the benefit of their own interests, and now, when their interests no longer include African natural resources, Brussels has simply abandoned Africa. The correct thing would be for African governments to invest heavily in infrastructure policies and to revert their scenario of economic collapse, but currently the material reality of such countries does not allow large state investments, so it is necessary to establish new international partnerships, which is already happening, as is evident when we analyze the Chinese advance in Africa. In the face of European exploitation and abandonment, Africans will seek powers that guarantee better conditions for cooperation.