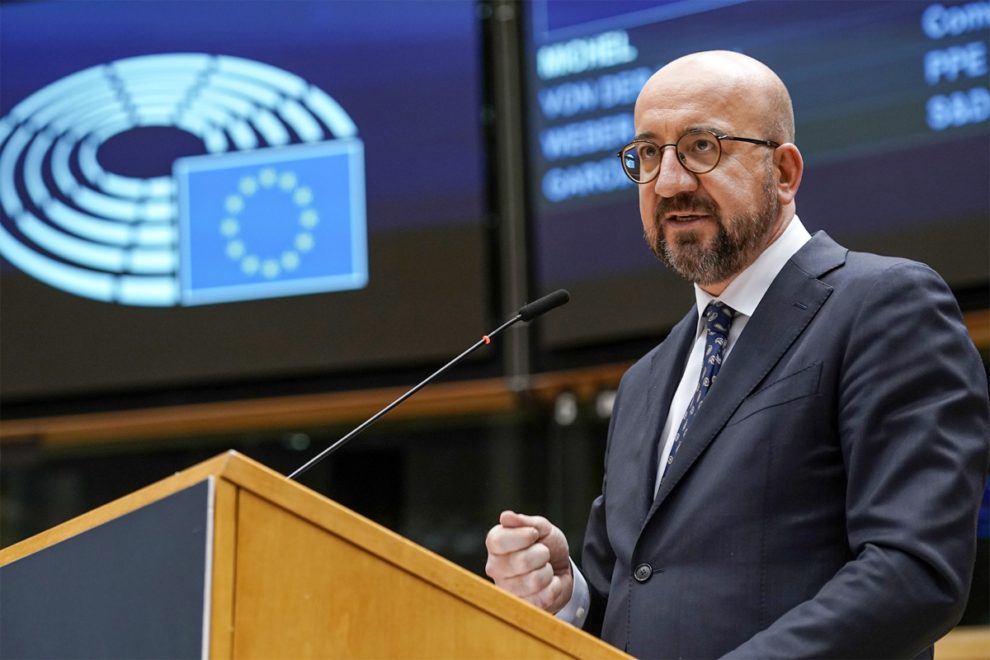 EU chief Charles Michel vowed Wednesday that the bloc will stand united in the face of Moscow’s aggression in Ukraine and will do all it can to help Kyiv win the war.

“You are not alone. We are with you. And will do everything which is possible to support you and to make sure that Ukraine will win the war,” Michel said at a press conference with Ukrainian President Volodymyr Zelensky during a visit to Kyiv.

“The Kremlin’s goal is to destroy the sovereignty of Ukraine, it’s also to divide the European Union, and he will not succeed,” he added.

“We have demonstrated even in difficult circumstances that the 27 member states, we were systematically able to take decisions all together by unanimity,” Michel said.

For his part, Zelensky reiterated that EU membership was of paramount importance for his country.

“Regarding our future membership in the EU, it is a priority for our state, for the strength of our people, those who are ready to defend our land against Russian invaders even without arms,” Zelensky said.

“And I’m convinced that what you are demonstrating today is demonstration that you are totally committed,” he said. “We know that you fight for the European fundamental principles and values.”

Michel was the latest Western leader to visit the war-scarred Ukrainian capital in a show of support.

As Russia intensifies its assault on eastern and southern Ukraine, Kyiv is asking Western nations for more weapons and harsher sanctions against Russia.

“The main goal is to make sure that the sanctions are painful for the (Russian) regime,” Michel said at the press conference.

“Sooner or later, we will target oil and gas… We are working very hard, to be able to take the decisions that are needed… in order to reach this common goal.”