Russia officially invaded Ukraine last week, and Kyiv now says it will push for a cease-fire when it enters talks with Moscow. The two nations met on the Belarussian border after Russian President Vladimir Putin placed his nuclear forces on high alert.

The latest on the Russian invasion of Ukraine

That marks a significant escalation in the confrontation with Western powers, which have increased their lethal support to Ukraine. In an unprecedented move on Sunday, the European Union decided to finance the purchase delivery of weapons to Kyiv.

In a statement today, the U.S. Treasury said the move applies to the Central Bank of the Russian Federation, the National Wealth Fund, and the Ministry of Finance. It also said the U.S. was adding Russian Direct Investment Fund CEO Kirill Dmitriev to its sanctions list, referring to him as a “known Putin ally.”

Ukraine has asked to join the European Union and demands that Russian troops withdraw. Kyiv’s intelligence suggests Belarus could join Russia in its invasion. However, a U.S. defense official said Russian forces face “stiff resistance” in northern Ukraine, although they are having a “little bit more success” in the south.

Around Kyiv, the gunfire and explosions seemed to subside overnight amid the Russian siege of the city. The Russian military said it would allow safe passage for the city’s residents to leave while it prepared for a heavy onslaught on Ukraine’s capital city.

He also noted that Slovenia was in a similar position 30 years ago, and they know exactly how Ukraine feels, adding that any “support from abroad is of crucial importance” for the nation’s morale. Jansa added that Moscow’s move to put “nuclear deterrence forces on alert” is the second of four phases: constant, elevated, military danger and full readiness. 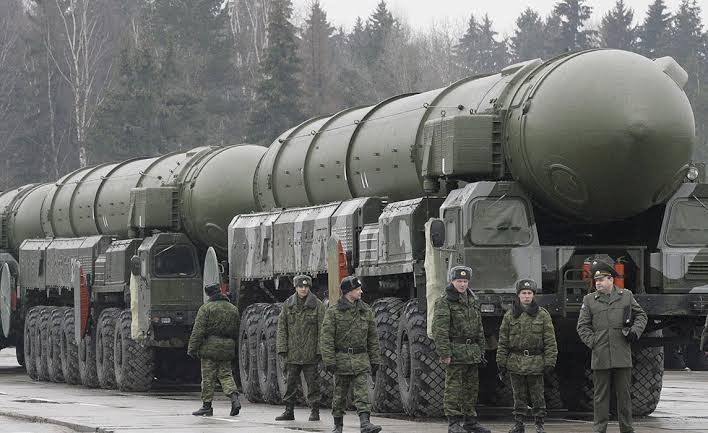 “It’s not a sign of strength, but of weakness,” he said. “Putin is loosing [sic] a war in Ukraine. And he isn’t alone with the nukes. There is NATO with the same level of deterrence capacity.”

Jansa believes that Putin has “miscalculated” in his push against Ukraine, adding that he “underestimated Ukraine leadership” and the nation.

“As Milosevich and Yougoslav army did in Slovenia at 1991,” he said. “They were much stronger, but we prevailed. Without any military help from abroad, but with heavy media and public support from the West.”

Jansa believes the Kremlin has forgotten that today, the old Soviet-style propaganda is “useless” against the internet, satellites and social media.

“Pictures and videos from Ukraine are changing public opinion rapidly,” he pointed out. “Pushing EU governments toward measures which were totally out of the question even a week ago. Influencing partially [the] Russian public and military too.”

According to Reuters, Jansa supports a faster EU membership process for Ukraine.

“Frankly speaking, Putin’s rambling with nukes is not only [a] threat to us, it’s [an] even more serious threat to his own people. And oligarchs, who can lose the most. Within [a] couple of days, this understanding will hit the streets of Moscow.”

In the U.S., a CNN poll shows that most Americans want Washington to do more to stop Moscow, but they also oppose direct military action against Russia. According to the poll, 83% of Americans want more economic sanctions against Russia and support other actions to halt its invasion of Ukraine.

The poll also found that 62% of Americans wanted the U.S. to do more to halt Russian military action in Ukraine, although 38% said Washington has already done enough. Additionally, only 42% were in favor of direct military action by the U.S.