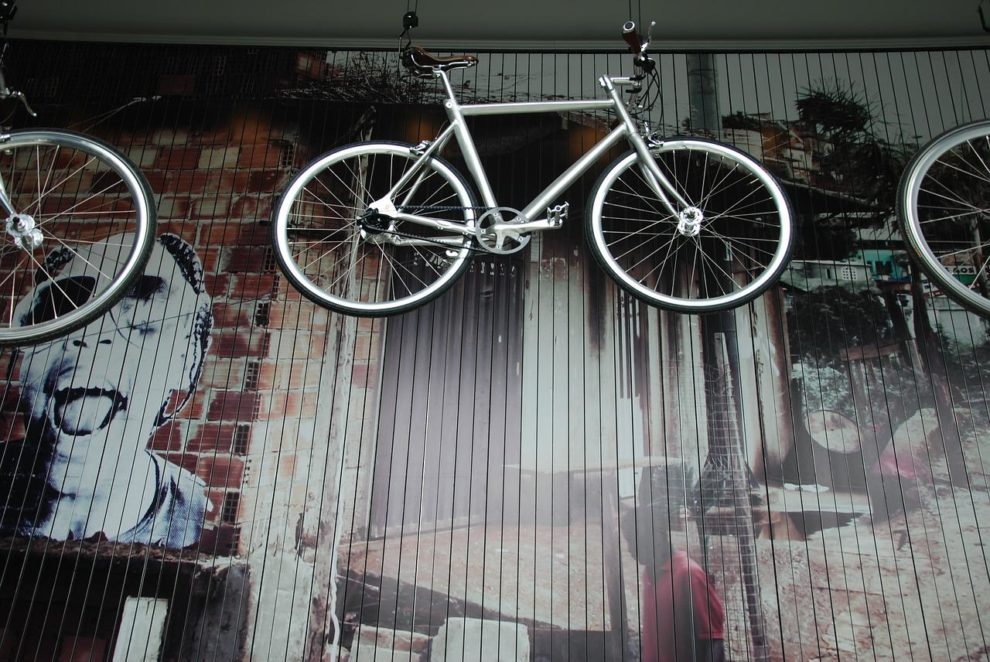 Preparing a bike for transporting children

Modern bicycles have long been a reliable and convenient means of transporting children, so it is always good to read some recommendations for cycling parents. We offer answers to some of the most pressing questions of mothers of preschool children related to the choice of a bicycle seat and other accessories for a comfortable and safe bike ride with a child who is not yet able to ride on his own.

Do I need a bike rack when transporting a child?

It is against the law to carry children in the trunk, but this item can be a useful purchase for those who are serious about safety when riding a bike. Sometimes the trunk can come in handy in order to attach a child seat to it. By law, a bicycle is not allowed to “carry passengers other than a child under the age of 7 in an additional seat equipped with secure footrests.”

The most reliable luggage carrier is considered to be a model made of titanium, and recommended for extreme sportsmen and mountain bike lovers. But in ordinary city life, expensive titanium trunks are unlikely to justify the financial cost of their purchase, so parents usually purchase models made of lightweight aluminum. Such a rack can be easily screwed using special holes in the design of the bike. Another variety – cantilever racks – are not suitable for transporting children. Since they are attached to the seat tube and can withstand a weight of no more than ten kilograms.

Buying a trunk for a child will be required if the parents have chosen to purchase a bike seat with a mount directly on the trunk. But many models of modern bike seats are universal, so they usually include a lock in their design for attaching to the seat tube of the frame. The use of a luggage rack when installing a bicycle seat is quite justified, since this combination gives the transportation of a small passenger more stability and significantly increases safety when driving a bicycle. However, there is another option – bicycle trailer and stoller, which is becoming more popular in Austratia nowadays (buy Thule online Australia).

Is it possible to transport a child weighing 25 kilograms in a bicycle seat?

There are age restrictions for transporting children on a bicycle: the driver of a bicycle does not have the right to lead a child who is already seven years old. But some children weigh 25 kilograms even at the age of six, so manufacturers of child bicycle seats pay attention to the fact that the design of the plastic seat can support a child weighing up to 22 kilograms. The reason for the weight limit is the allowable load on the lock that attaches the bike seat to the seat tube.

Which bike is better to choose for transporting a child to kindergarten?

Some parents begin to think about the possible transportation of their child to kindergarten even before buying a child seat and the bike itself. Sellers offer to buy only expensive professional bicycle models for the intended transportation of children. But price should not be the determining factor. First of all, you need to pay attention to the wheels of a bicycle: if they include double rims in their design, then such a model can easily withstand a large load. Therefore, such bicycles are more suitable for trips to the country with a child behind.

What brand of universal bike seat can I choose for transporting a child?

Cycling with children is a common practice in the life of Europeans, especially in Sweden and Denmark. The products of European, in particular Scandinavian, manufacturers meet the basic requirements of modern cyclist parents. It is better to buy high-quality bicycle seats from manufacturers who care about the safety of passengers and have included special mechanisms and improvements in the design of the child seat aimed at achieving maximum safety:

Where is it safer and more convenient to place a child seat on a bike? Front on the frame or rear on the trunk?

Many modern bicycle models are not designed to mount a bicycle seat for a child in the front. This position of a small passenger can create inconvenience when pedaling. Although manufacturers are trying to minimize the possible discomfort when driving with a front child seat. The seat back is made lower, which leads to the fact that the child loses side protection in case of a possible fall of the bike. Although some parents prefer to torment themselves with the pedals, let the child see not the back of the cyclist, but the wide horizon line with beautiful views ahead.

In their opinion, if the bike falls, there will not be much difference, although one should keep in mind the fact that with poor-quality seat belts, a break or opening of the belt buckle can occur. In this case, the baby sitting behind the parent’s back will suffer less, being protected by the body of an adult, and the child, fastened to the front seat, may fly out of the seat and be seriously injured.

General Safety Tips for Cycling Together with a Child

Riding a bike with a toddler on your back is not a high-speed race, so keep a gentle and calm riding style, slowing down at the sight of a knot or bump in the road.