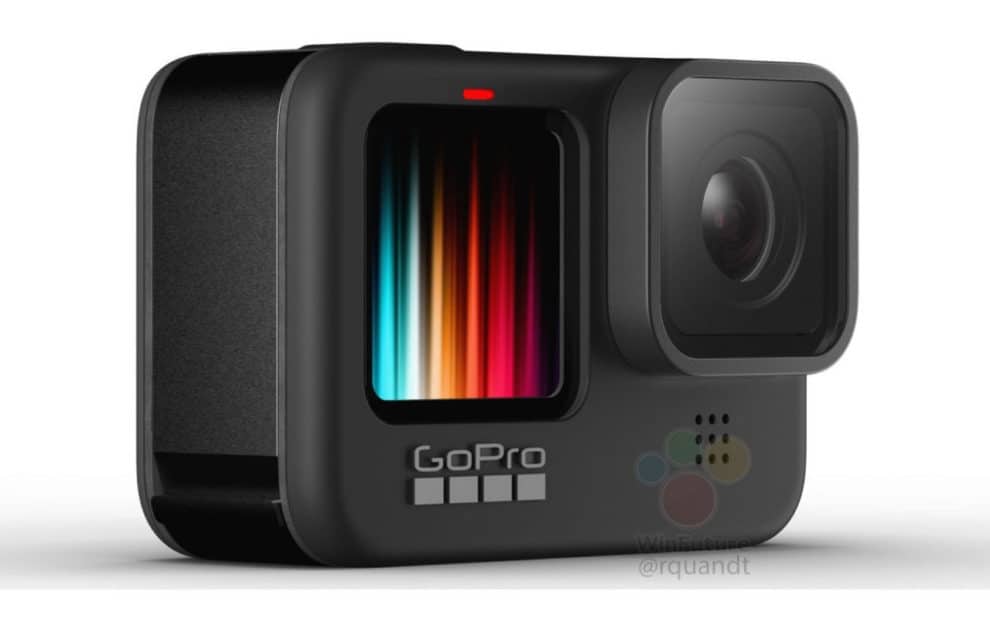 According to a new report, the new GoPro Hero 9 Black will include a color front screen to cater vloggers. Recent years have seen a spike in the number of vloggers, people from all over the globe are making videos and uploading them online to document their lives. To cater the increasing number of vloggers, the front screen of the GoPro Hero 9 will be colored to assist in improved quality content.

The leaked image surfaced on Reddit in July, the image revealed the GoPro camera’s front panel. The front panel featured a large square cutout, this indicates that the ninth generation GoPro is likely to come with a similar display as featured in the DJI Osmo Action. The leaked images have solidified the theory that the new GoPro 9 will assist vloggers in producing better quality content.

WinFuture, a German publication has a reliable record of impressive leaks. They have shown an image of the new GoPro 9 which they claim is the “official” product image. The images show color displays on the front and back as well.

There is no official statement or hint from GoPro about whether that upgraded front display will be featured for video previews or for displaying shooting parameters (like the current monochrome front display on the GoPro Hero 8 Black), but this change is a reliable way used by GoPro for attracting more audience.

WinFuture has also suggested that there will be 5K video support coming to Hero 9. The source of this information was traced back to some “documents” the publication was able to get its hand on. There is no other concrete evidence or official statement by GoPro to support this claim. No further technical details regarding the new GoPro 9 have been revealed yet.

The official news regarding the camera or shipping dates are still not available. Since GoPro usually unveils new releases in September, a wait of few days will probably reveal all the details.

This new product could possibly be one of the most important launches for the company. The reason behind this assertion is that GoPro had to make considerable job cuts after the onset of Covid-19. The pandemic hurt retail sales all over the globe which resulted in a shrinking customer base. Moreover, since everyone was confined within their homes, the camera was pretty much a useless purchase. If the new feature in GoPro 9 attracts vloggers by improving the quality of their content, it is likely that the sales will skyrocket. This will particularly attract the interest of content creators and social media enthusiasts around the globe.