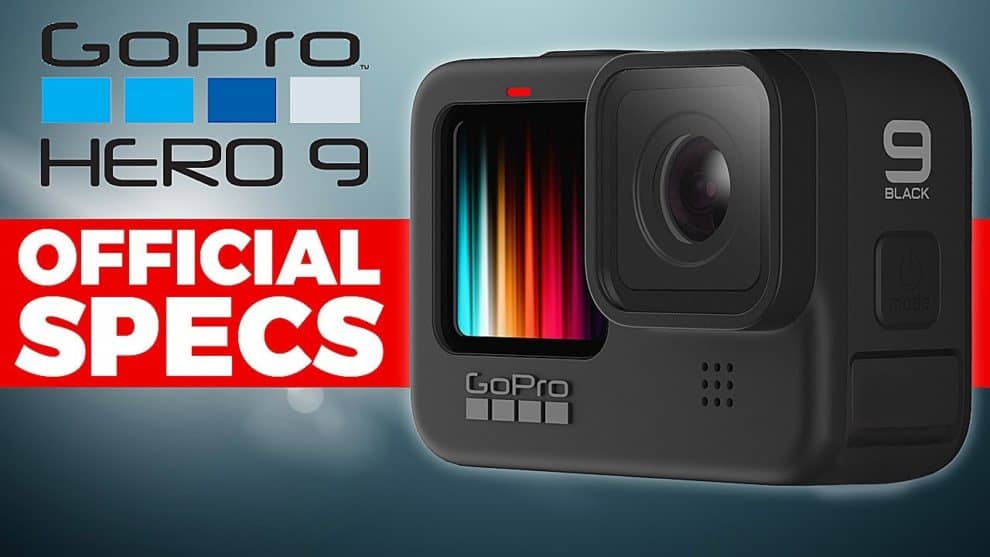 GoPro, Inc. is expected to release its new action camera on Wednesday. However, an unboxing video of the GoPro Hero 9 Black has now hit various social media platforms, including YouTube. Speaking of the video, it reveals many things about the camera, including its new packaging, front display, and features.

We have found a leaked video, posted by YouTube Channel Angry Cat. The video now gives us an idea that how the new GoPro Hero 9 camera looks like.

The unboxing video of the GoPro Hero 9 starts with the new product still inside its retail packaging, made of cardboard. We can also see from afar, a list of key features listed on the retail packaging. After opening the cardboard layer, we can see a hardshell case right under it, possibly serving as a protective packing for the camera. And unzipping the hard shell box, we can see a lot of things packaged inside it. They include the new GoPro Hero 9 camera, mounting hardware, battery, and charging cable. Furthermore, there’s a white plastic right inside the box, where the GoPro Hero 9 camera and accessories are neatly placed. Additionally, there’s a “Subscribe to GoPro” leaflet right on top, in the mesh section. Speaking of that, it’s probably there to reveal more details, regarding the GoPro Plus subscription, to customers.

You can watch the unboxing video of the unreleased GoPro Hero 9 below:

Details Of The New Camera

As mentioned earlier, we expect GoPro to release the new Hero 9 camera on Wednesday, September 16. As for the price, several rumors suggest that it’ll launch with a high price tag than the previous ones.

According to a recent leak by Roland Quandt, the leaker tweeted that the GoPro Hero 9 will sell at a price of 479 Euros. If that’s anything to go by, then it means there’s a slight increase in the price compared to the previous release, GoPro Hero 8 Black. 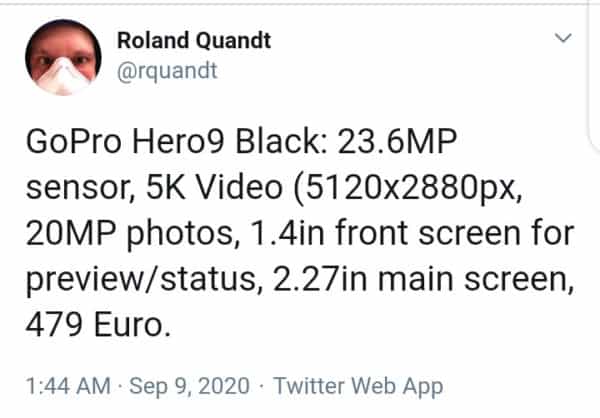 Apart from that, the Twitter user also revealed that the new GoPro Hero 9 will come with a 23.6MP sensor, and will be able to capture video at 5k 30 fps. The new camera will also be capable of shooting in slow-motion at about 240 frame rates per second. Furthermore, we expect the device to come, featuring voice control and the ability to take RAW and HDR photos. Apart from that, it will also come with an improved HyperSmooth 3.0 feature, in which users can utilize smoother footage than the previous releases.