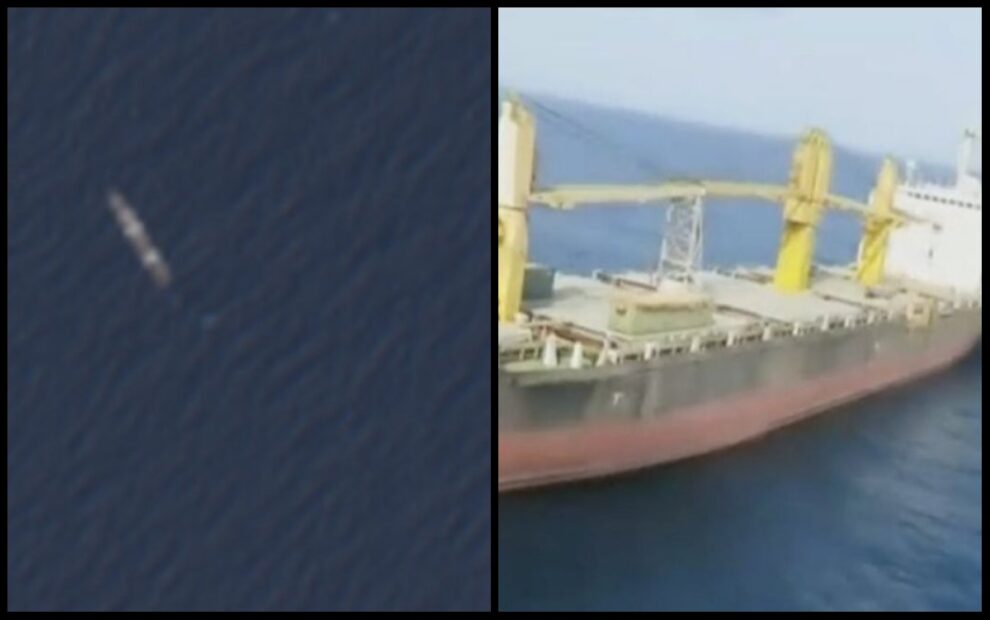 UPDATE 15:00 PM EST: Iran’s IRGC-affiliated Tasnim news agency confirms SAVIZ ship was attacked by a mine attached to the body of the vessel. It says the ship has been stationed in the Red Sea for a few years, offering support to Iranian commercial ships.

A missile attack is reported in Red Sea targeting Saviz commercial ship used by Iran’s navy, according to Israeli media.

The ship which was allegedly attacked, the Saviz, is reportedly an intelligence vessel linked to Iran’s Revolutionary Guards.

According to a defense analyst, an Israeli Navy Dolphin Class submarine was spotted near the area of the attack.

“Torpedoes or probably anti-ship missiles hit Saviz commercial ship which is in use by #IRGC Navy as a forward base in #RedSea two hours ago. An #Israel Navy Dolphin Class submarine is reported to be near the area at that moment when the missiles hit the #Iranian ship.”

According to an OSINT account, Iran’s Saviz ship has been operating from basically the same spot for years now meaning that the ship doesn’t transmit AIS data, therefore, it is easy to spot and monitor the IRGC-linked ship via satellite images.

Dozens of attacks on Iranian ships in the area have been attributed to Israel in past.

There is no official comment from Israel on the Saviz ship attack.

USNI News says officially Saviz is a merchant ship, but it is most likely a covert Islamic Revolutionary Guard Corps (IRGC) forward base. According to open-source reports and Saudi Arabia’s officials the ship is accused of being operated by the IRGC.