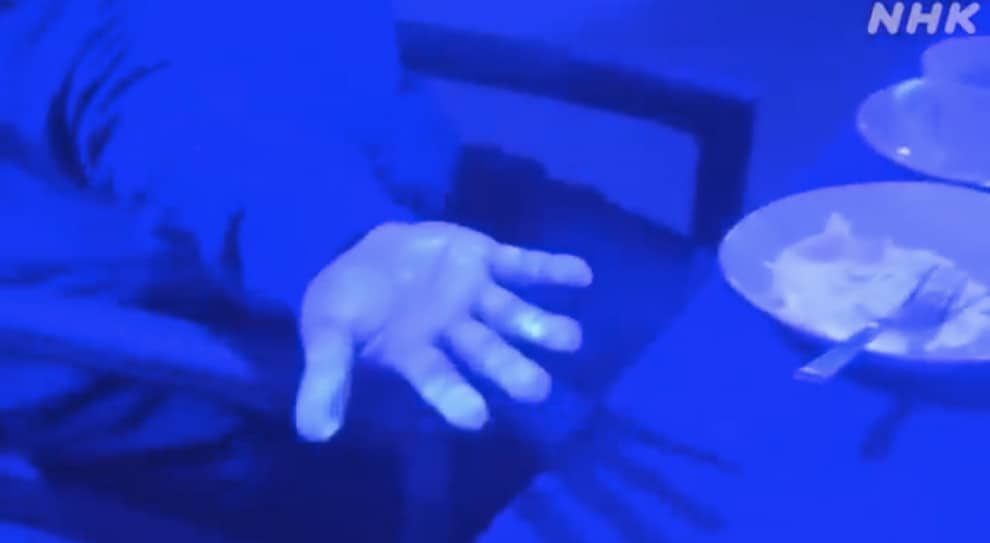 No doubt, the rapid spread of coronavirus has affected a lot of lives and many other things, including social gathering, economy, and events. However, it has also served as a tool to help people adjust and rethink their way of living. Now, Cruise lines and resorts around the country are rethinking how to move away from buffet services – all thanks to the video posted by a Japanese organization, NHK.

Recently, NHK, Japanese public broadcasting organization, partnered with the infectious diseases experts and conducted a video experiment to show how viruses, especially coronavirus spread at a cruise line buffet service. The organization posted the video of the experiment, and it has since gone viral on the internet.

According to the video, the Japanese network set up a buffet scenario similar to that of the Cruise ship. During the experiment, fluorescent lamps, visible only under a special light, and representing viruses, were applied on a person’s hand. That means he represents a coronavirus infectious person, who had either coughed or sneezed into his hand.

Also, ten other people joined the person, served themselves, and then dined like a typical buffet, for 30 minutes. Shortly after that, the room became dark with a special light. That enabled the experts to observe that the paint has already spread to all the other ten people.

According to the video posted by NHK, the glowing paint spread over to almost everything on the dining table. Apart from that, it also spread on the faces of three people, while others have it on their hands.

Aim of the experiment?

Sometimes in February, there were over 700 coronavirus cases among passengers on the cruise ship Diamond Princess. Reports claimed a person who got off from a ship in Hong Kong some days earlier, tested positive to coronavirus. Shortly after, everybody on the cruise went into quarantine. After that, a lot of other cruise ships also have a lot of cases of the virus.

So, the Japanese public broadcasting organization posted the video of the cruise buffet experiment, to enable people to take necessary measures, to protect against the spread of coronavirus.

Also, according to Prof Mary Louise McLaws, an epidemiologist and WHO advisor, the experiment was effective to remind people of the essence of washing their hands. Apart from that, she also advised against using disposable gloves. She said, by using your hands, you’ll be mindful of what you touch and how you sanitize your hands.