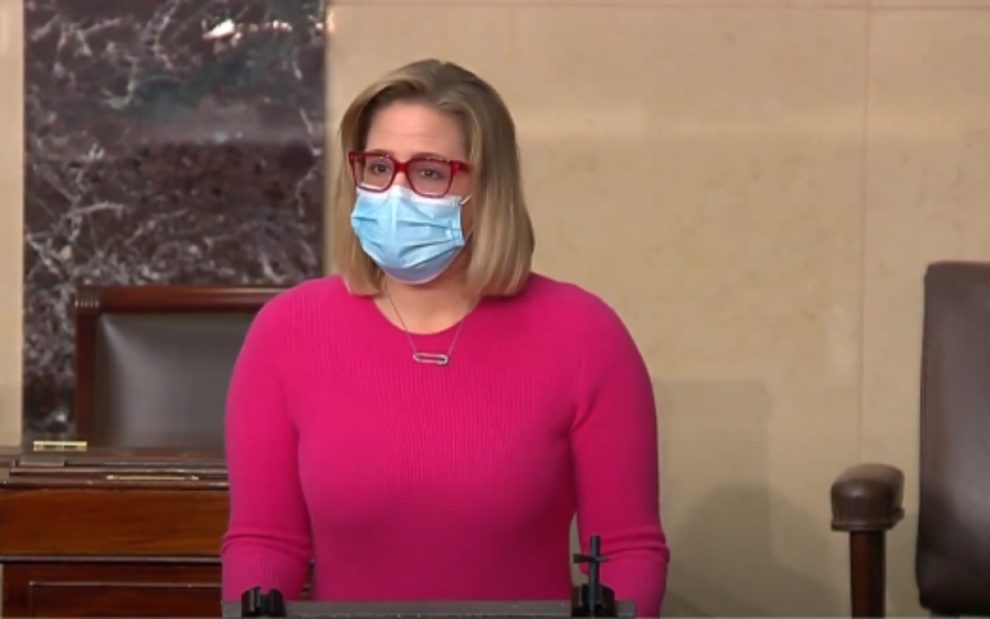 A key Democratic senator said Thursday that she opposed changing the rules of the Senate to allow for passage of voting rights reform championed by President Joe Biden.

Senator Kyrsten Sinema, in a speech on the Senate floor, said she would not support eliminating the rule known as the filibuster, potentially dooming Biden’s bid to pass two voting rights bills.

“While I continue to support these bills, I will not support separate actions that worsen the underlying disease of division infecting our country,” the senator from Arizona said.

The rules of the 100-member Senate require a 60-vote supermajority to bring a bill to the floor and Sinema’s backing was needed for Democrats to move forward with the voting rights bills.