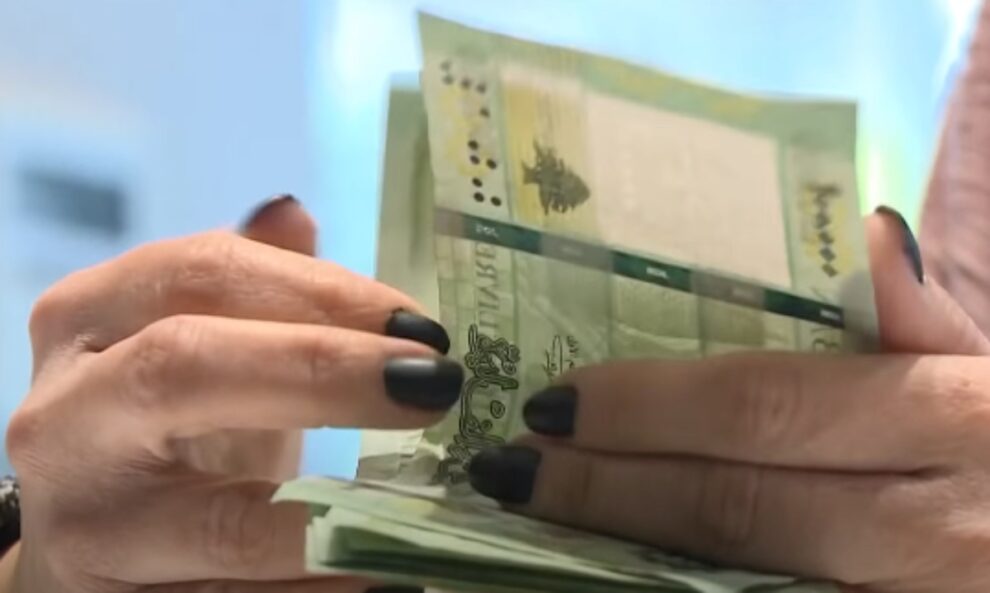 The Lebanese pound fell to a new low against the US dollar on the black market Monday as a severe economic downturn has sparked bank hold-ups by angry depositors and anti-government protests.

Recent weeks have seen a spate of incidents in which people armed with real or toy guns held up banks to demand access to their frozen savings, only to be celebrated as folk heroes.

Amid the turmoil, the pound plunged to 38,600 against the greenback on Monday, according to websites monitoring the exchange rate, a record low for the beleaguered currency.

For decades, the Lebanese pound was pegged at 1,507 to the dollar, meaning that it has lost around 95 percent of its black market value since 2019.

At the Justice Palace in Beirut on Monday, dozens stormed through a metal gate outside to protest the detention of two people over last week’s bank hold-ups.

Elsewhere, activists angered by Lebanon’s deep economic crash blockaded roads in the capital and in the northern port city of Tripoli.

A financial crash widely blamed on government corruption and mismanagement has caused the worst economic crisis in Lebanon’s history.

Lebanese banker Saeb El-Zein said the pound’s decline was due to a rising demand for dollars on the black market following the government’s decision to lift state subsidies, including on fuel.

With four out of five Lebanese now living in poverty according to the United Nations, the country has been desperately seeking a bailout from the International Monetary Fund.

An IMF delegation arrived in Lebanon on Monday to follow up on the implementation of the reforms it demands, following a staff-level agreement in April on a $3 billion loan programme.

“There’s been slow progress in implementing some of the critical actions that we think are required to move forward with a programme,” IMF spokesman Gerry Rice said last week.

Amid the painful crisis, Lebanese depositors have been locked out of their foreign currency savings by banking controls that have gradually tightened since 2019.

Banks have in the past been targeted in street protests, often leaving their windows and ATMs smashed.

Now, many frustrated depositors, unable to transfer or withdraw their dollar deposits, have resorted to desperate bank heists to free their money.

Lebanon saw at least seven such hold-ups last week, five of them on a single day.

As a result, Lebanese banks sealed their doors on Monday as part of a three-day closure due to the mounting security concerns.

US to pay Lebanon army, police salaries for six months