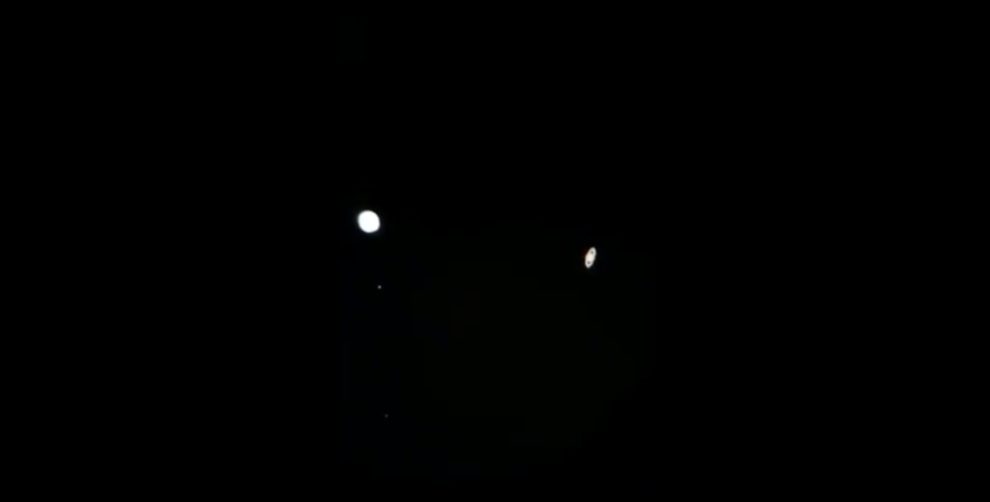 Video will show the great conjunction’ of Jupiter and Saturn – happening after almost 400-years – it will be visible in many countries.

The rare conjunction will happen tonight between Jupiter and Saturn: The two planets have never been so close since 1623, and hence, the term “a great conjunction.” In order to see it, look to the southwestern sky an hour after the sunset or watch the live stream in the video below:

According to ESA, “Look to the west this evening, just after sunset, because Jupiter and Saturn will have their closest encounter since 1623! Both planets will only be 0.1 degree apart, so they might look like one big star”

How to see it?

It will be visible across the world on the western horizon within 1 hour after the sun has set. You can see the planets now as they get ever closer together in the night’s sky, before “nearly touching” on December 21st. Check out for the thin crescent moon and two bright stars (planets) next to it.

VIDEO: #GreatConjunction: Jupiter and Saturn appears closer to one another in the sky than they have in almost 400 years pic.twitter.com/bWzwzqQQ4E

Both the planets will next come comparably close on March 15, 2080 next time.

Skywatchers in Japan spot Jupiter hit by another space rock

Stunning photos of Saturn and Jupiter captured ahead of great conjunction