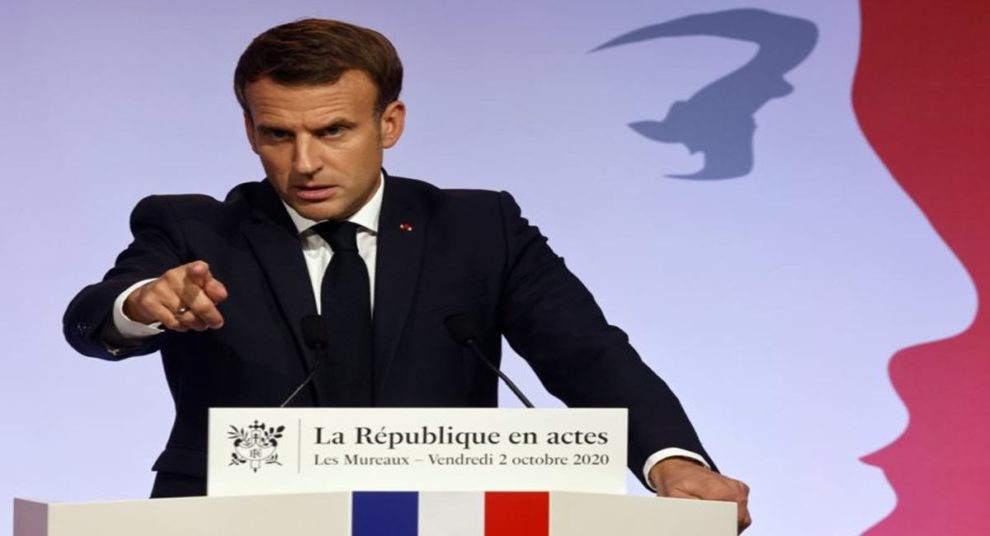 French President Emmanuel Macron called Thursday for a “renaissance” for the country’s nuclear industry, saying he wanted up to 14 new reactors to power the country’s transition away from fossil fuels.

Acknowledging that France had hesitated on whether to continue investing in its atomic sector after the 2011 Fukushima disaster in Japan, he called for a bold new bet on the technology alongside renewables.

“We are going towards an electrification of all our tasks, our way of manufacturing, of moving around,” Macron said in a speech at a turbine plant in eastern France, just two months ahead of presidential elections.

“We are going to need to produce a lot more electricity,” he said.

As well as calling for new investments in solar, wind and hydrogen power, his headline announcement was a plan to order six new-generation EPR2 reactors from state-controlled giant EDF, while launching studies for eight more.

Low-cost nuclear power has been a mainstay of the French economy since the 1970s, but recent attempts to build French-designed reactors at home, in Britain and in Finland have become mired in cost over-runs and delays.

“The EPRs he’s promising are at best for 2040-2045,” Greens presidential candidate Yannick Jadot said during a trip to southern France on Thursday, meaning France would be condemned to a “century of nuclear power.”

Whether Macron’s announcements amount to anything will depend on the outcome of presidential elections on April 10 and 24.

Most presidential candidates have vowed to continue investing in the industry, however, with the exception of hard-left candidate Jean-Luc Melenchon and Greens contender Jadot.

The 44-year-old centrist argued that nuclear energy was required to help advanced economies transition to a low-carbon future because renewables were not yet a reliable energy source, nor able to produce the amount of electricity needed.

“Some nations made radical choices to turn their backs on nuclear,” Macron said, referring to the Fukushima accident. “France did not make this choice. We resisted. But we did not invest because we had doubts.”

Germany decided to phase out nuclear industry by the end of 2022 following the Fukushima disaster, but the decision has been criticised for increasing Berlin’s reliance on carbon-emitting gas and raising power prices.

Calling French nuclear regulators “unequalled” in their strictness, Macron termed the decision to build new nuclear power plants a “choice of progress, a choice of confidence in science and technology.”

He also announced that he would seek to extend the lives of all existing French nuclear plants where it was safe to do so, and said one billion euros in funding would be made available to develop innovative new small reactors.

The French government lobbied hard — and successfully — to have nuclear power labelled as “green” by the European Commission this month in a landmark energy review which means it can attract funding as a climate-friendly power source.

Its flagship French project, in Flamanville in northern France, is expected to cost around four times the initial budget of 3.3 billion euros ($3.8 billion) and will not be loaded with fuel until next year at the earliest — 11 years later than expected.

The group has also faced shutdowns at three plants this year after France’s IRSN nuclear regulator warned of possible problems with corroded welds on the pipes of their emergency cooling systems.

Macron chose to speak from a turbine manufacturing factory in Belfort on the day the complex was brought back under French ownership.

The site was sold by industrial giant Alstom to American rival General Electric in 2015 in a widely criticised deal associated with Macron who was economy minister in the Socialist government at the time.

The deal — between two private companies but which Macron could have blocked as minister — led to more than a thousand job cuts and fears about the loss of a strategic industry to a foreign investor.

Under pressure from the French government, EDF announced Thursday that it had agreed a deal to buy back the unit at a cost of $200 million.