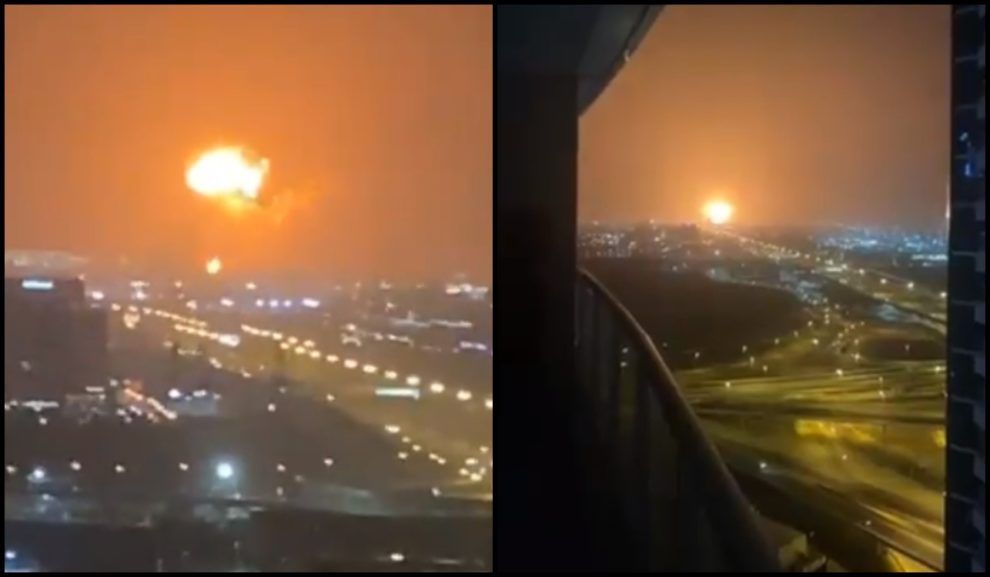 According to witnesses, a blast was heard across parts of the UAE’s city of Dubai on Wednesday night, with residents hearing a loud explosion.

Videos on social media showed a loud ball of orange explosion near the Jebel Ali Port.

According to Al Arabiya sources, the explosion heard in Dubai came from a ship docked near the Jebel Ali port after a fire in the ship. Dubai civil defense forces are working to put out the blaze.

Other ships at the Dubai port were not damaged by the explosion from a container on board the ship, reports say.

UPDATE: The fire has been brought under control after a container ship was hit by a blast at the Dubai port; no injuries have been reported.

VIDEO OF THE DUBAI EXPLOSION

BREAKING VIDEO: Large flames witnessed from a distance after an explosion in Jebel Ali, #Dubai pic.twitter.com/6YjZt66fp1

Early Report: The explosion occurred on a ship anchored at the Jebel Ali port in Dubai.#Breaking pic.twitter.com/M0Bc3hHBNH