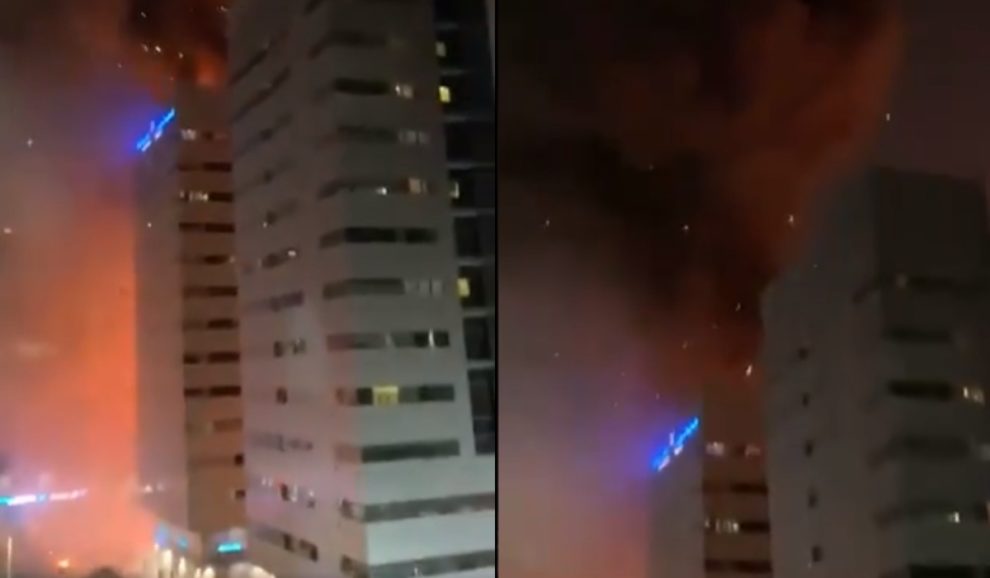 On Thursday, June 17, a massive fire broke out at a building in Abu Dhabi’s Al Nahyan district in UAE.

According to eyewitnesses, the fire started on the roof of the Mediclinic Al Mamora building, which is located near the Lulu Group headquarters.

People were seen rushing away from the building as large plumes of smoke was witnessed from far away.

However, this is not the only building that has caught fire today in UAE.

BREAKING: Massive fire broke out at a building in Al Nahyan area of Abu Dhabi City in UAE. pic.twitter.com/rcDFyzYZhW

On Thursday morning, June 17, a high-rise building that was still under construction caught fire in Sharjah’s Al Taawun waterfront area.

According to reports no one was injured in the fire incident.

While it was unclear how the fire started, Sharjah Civil Defence officials said it appeared to have started from the top floors.

Fire at some under construction building in #Sharjah….. rescue operation underway pic.twitter.com/zInNnFbgmv