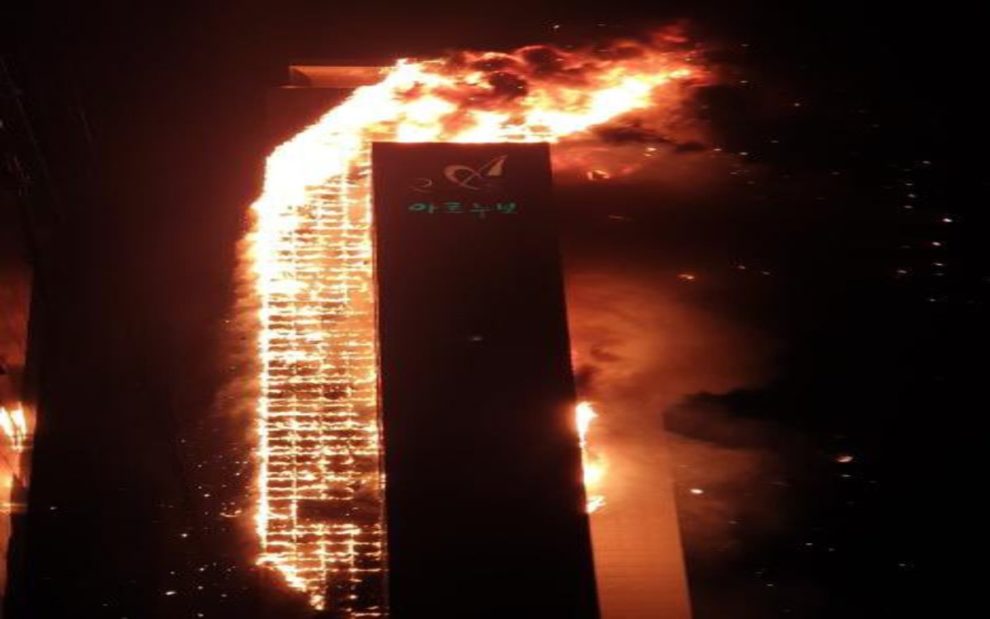 Videos posted on social media shows a huge fire at an entire 33-storey apartment building in Ulsan, South Korea, as firefighters race to evacuate hundreds of people inside the residential complex.

‘Samhwan Art Nouveau commercial and residential building’ is said to be the name of the building that has caught the massive fire.

The Ulsan fire department is working on to extinguish the flames, local media reports.

The fire department in Ulsan confirmed that the fire started on the 12th floor of the building, and so far, the exact ignition point has not been identified.

According to the authorities, the 119 rescue team, that was dispatched to the site after receiving a report of the fire, issued the ‘second stage of fire response’ taking into account the situation at the fire site. The second stage of the response is to mobilize all of Ulsan’s fire fighting equipment and manpower.

The fire was reportedly extinguished from major areas of the building at 1 am local.

According to the Ulsan Fire Department, 15 people were taken to the hospital and 43 residents that were sheltered on the rooftop have been evacuated.

Videos of fire at the building in Ulsan, South Korea

Photos of fire at the 33-storey building in Ulsan, South Korea

Here are some images of a horrific fire in a residential complex named ‘ Samhwan Art Nouveau commercial and residential building’ in Ulsan, South Korea