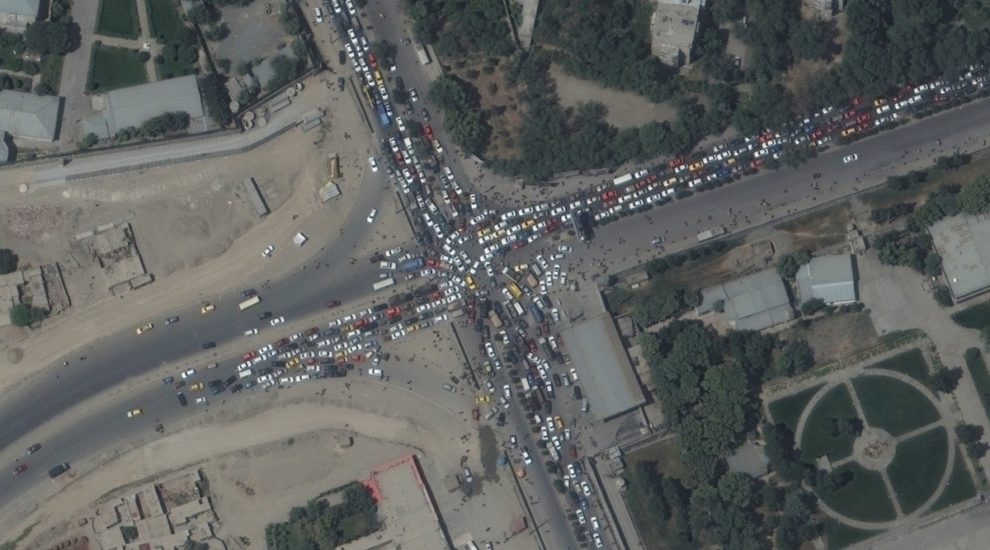 “New high-res #satellite imagery (10:36 am local time, August 16) of the chaotic scene underway at #Kabul’s Hamid Karzai International Airport in #Afghanistan as thousands of people converged on the tarmac & airport runways as countries attempt to evacuate personnel from the city,” Maxar wrote in a tweet.

“While one Turkish airliner prepares to takeoff from the airfield, security forces can be seen near one of the airport’s main runways attempting to prevent crowds of people from moving toward other aircraft and from blocking flight operations,” Maxar Technologies said.

Earlier today, footage from the airport showed people clinging to the fuselage of a US military plane as it taxied. 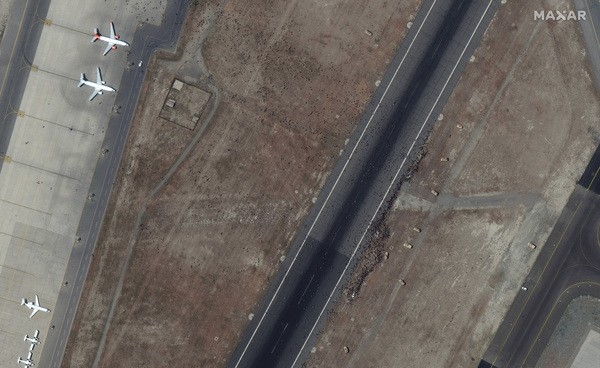 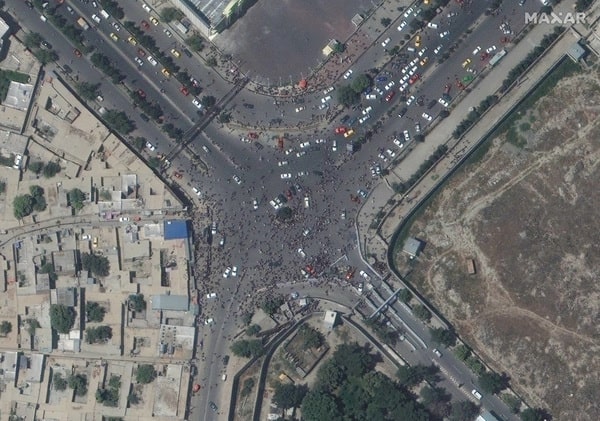 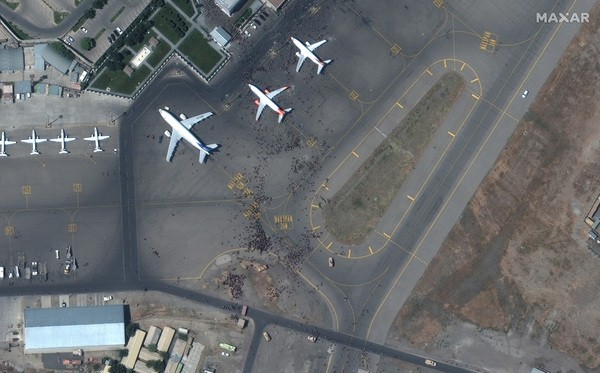 Up to 10 killed as blast rips through mosque in Afghan capital: interior ministry