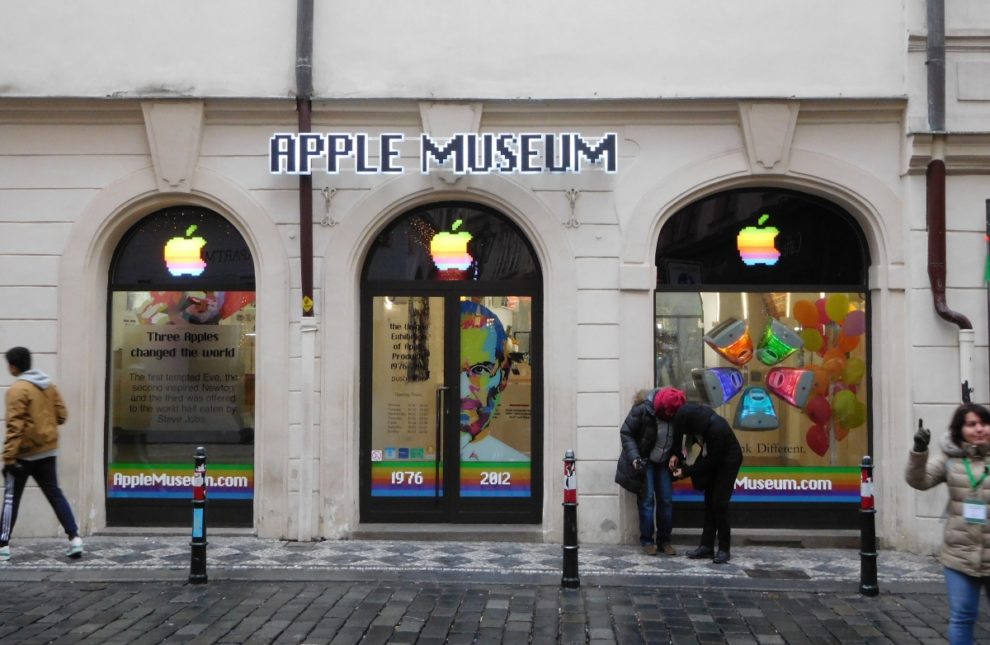 A new museum opening in a former metalworking factory in Warsaw brings together 1,600 exhibits linked to Apple — the result of years of painstaking efforts by a determined Polish collector.

“It is the biggest and most complete Apple collection in the world,” boasted Jacek Lupina, a 56-year-old architect, who amassed the collection spanning the entire history of the US tech giant.

The museum is housed in Fabryka Norblina, a red-brick factory from the early 19th century in central Warsaw which has been turned into a retail and entertainment space.

At the entrance is a replica of the Apple 1, released in 1976, was the first personal computer sold by the founders of the company, Steve Jobs and Steve Wozniak.

“My aim is for visitors to be able to see what the beginning was like — how primitive and very simple it was. The case for the Apple 1 was made of wood! Nothing like what we have today,” Lupina said.

The collector used components from the time to assemble the model and the motherboard was signed by Wozniak himself during a visit to Poland in 2018.

“He scrutinised all the soldering, the components and really appreciated the work. He also showed me the parts that he and Steve Jobs had wanted to change but never got round to,” Lupina said.

The museum includes dozens of computers such as the Apple II, Lisa, iMac, Power Mac, Macbook, Mac Pro, as well as iPhones, iPods, iPads, instruction booklets, software and other objects from the Apple universe.

The walls are decorated with original advertising posters, including those from the famous “Think Different” campaign from 1997 featuring images of Bob Dylan, Pablo Picasso and Albert Einstein.

Lupina said he started collecting “just for the pleasure of seeing them” and because the products would previously have been “too expensive for a resident of post-Communist Europe”.

After some time, the collection began taking over his house on the outskirts of Warsaw — starting with his office and then the living room.

“I sold the furniture in the living room, the table, the chairs and I just left some armchairs,” he said.

In 2017, he turned his house into a museum. When he ran out of space, he found fresh premises and the new museum opened last weekend.

Lupina spent all his free time on the collection, sometimes passing entire nights following online auctions happening in different parts of the world.

It is a costly hobby, he said, adding: “I don’t have any savings or a pension, just my collection.”