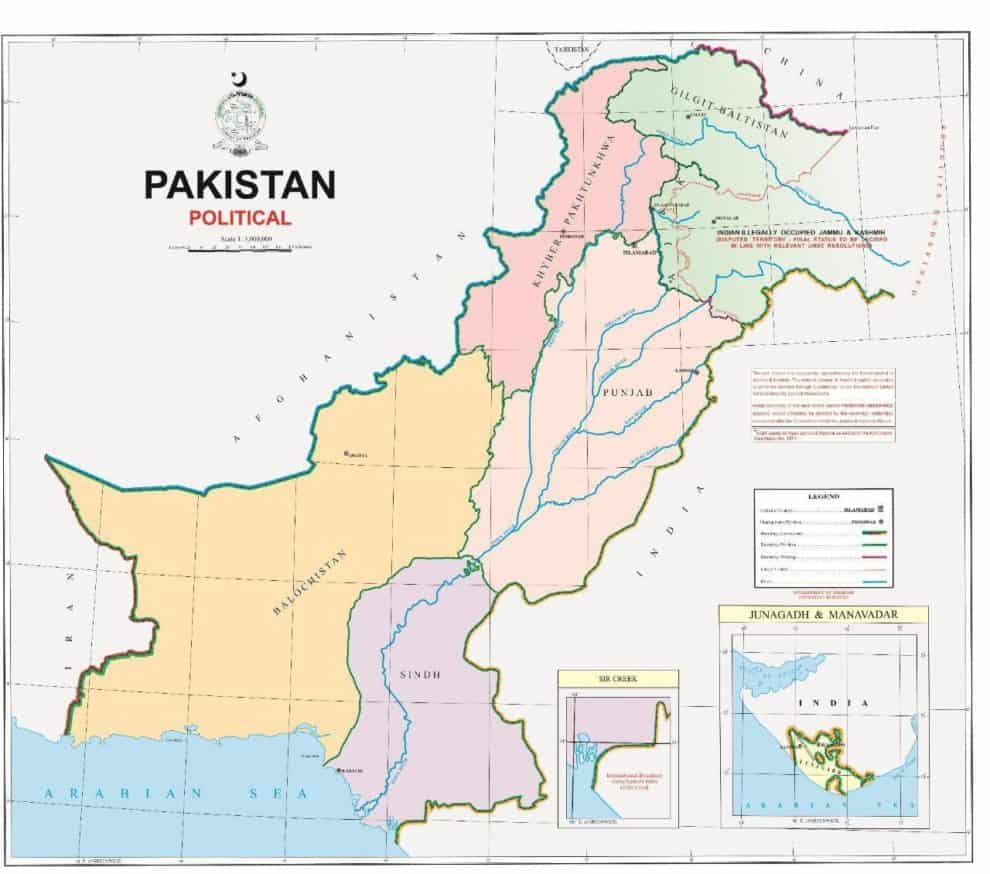 New Pakistan political map to be included in textbooks

The newly released political map includes the whole of Jammu & Kashmir, Siachen, and Sir Creek as part of Pakistan. Previously Pakistan used to refer the disputed territory as “Azad Kashmir.” “This is the most historic day in Pakistan’s history,” said Imran Khan while addressing the media on Tuesday. Another major change is that FATA is now part of Khyber Pakhtunkhwa.

Khan said it’s the first time in Pakistan’s history that the country has released a political map showing the whole of Jammu & Kashmir as Pakistani territory. “This map also opposes the Indian government’s illegal act of August 5 last year,” he said. Khan noted that the new map will now be included in textbooks in educational institutions.

Talks only way to a permanent solution

Imran Khan reiterated that the permanent resolution of Kashmir dispute lies with the United Nations Security Council. He added that it should be “resolved through political means” because the military is not a solution. India has declined to involve any third party in the dispute, saying that Kashmir is a bilateral issue and should be resolved by holding talks between the two countries.

Pakistani Foreign Minister Shah Mehmood Qureshi praised Imran Khan for the “unprecedented step.” He said it was the first time that Islamabad had “openly presented its stance before the world.” “We believe that entire Kashmir region is disputed and it needs a solution,” said Qureshi.