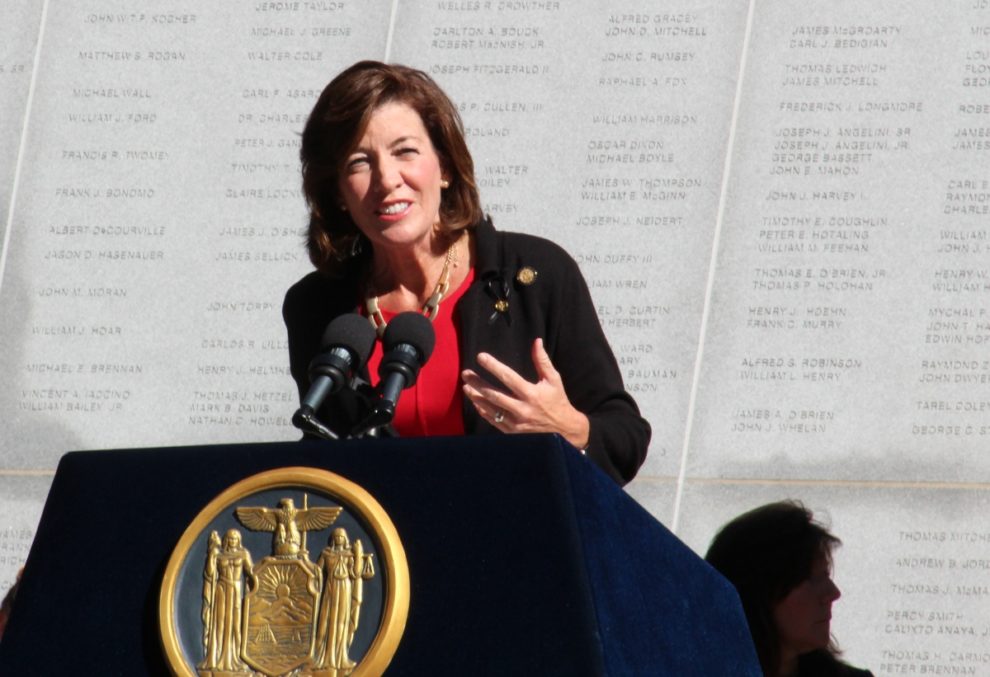 New York’s governor Kathy Hochul said on Thursday that a Supreme Court ruling striking down a New York gun law was a “dark day.” The 6-3 ruling, which comes as the country grapples with a shocking surge in gun crime, overturns a law that required a person to prove they had legitimate self-defense needs to receive a gun permit.

“Shocking, absolutely shocking, that they have taken away our rights to have reasonable restrictions,” she told reporters, breaking off from making a separate announcement.

“We can have restrictions on speech — you can’t yell fire in a crowded theater but somehow there’s no restrictions allowed on the Second Amendment,” she said, referring to the constitutional amendment allowing Americans the right to bear arms.

“I’m sorry this dark day has come,” she added.

Hochul later tweeted that the ruling was “outrageous,” accusing the six judges of acting “recklessly.””In response to this ruling, we are closely reviewing our options — including calling a special session of the legislature.

“Just as we swiftly passed nation-leading gun reform legislation, I will continue to do everything in my power to keep New Yorkers safe from gun violence,” she wrote.