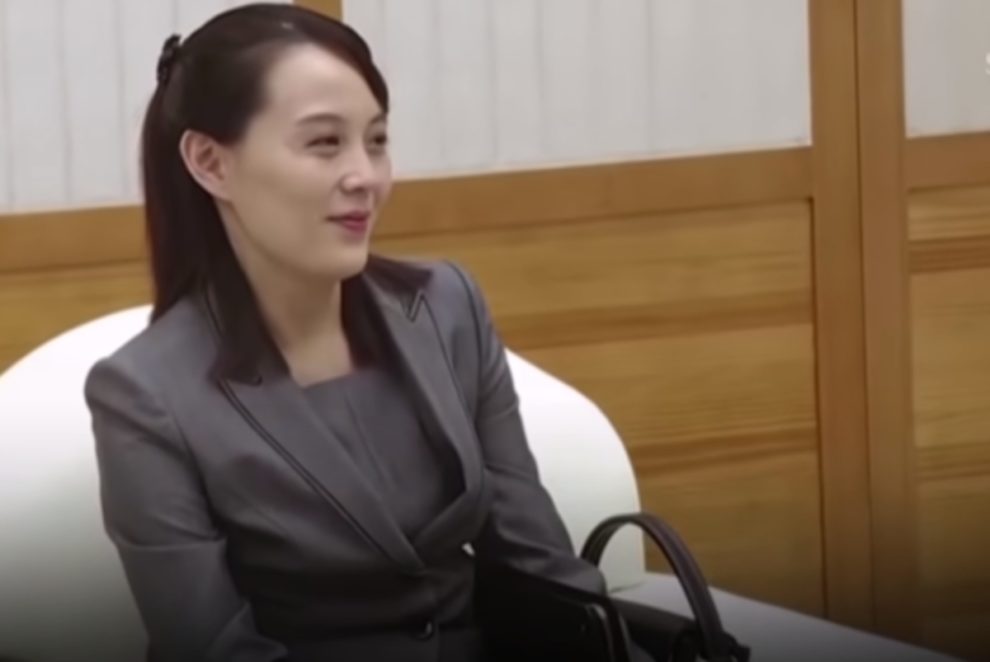 The powerful sister of North Korean leader Kim Jong Un on Friday rejected Seoul’s offer of economic assistance in return for denuclearisation steps, calling it the “height of absurdity” and a deal Pyongyang would never accept.

The statement follows South Korean President Yoon Suk-yeol this week putting forward an “audacious” aid plan that would include food, energy and infrastructure help in return for the North abandoning its nuclear weapons programme.

Analysts previously said the chances of Pyongyang accepting such a deal — first floated during Yoon’s inaugural speech — were vanishingly slim, as the North, which invests an enormous chunk of its GDP into weapons programmes, has long made it clear it will not make that trade.

Kim Jong Un’s sister, Yo Jong, on Friday, called Yoon’s offer the “height of absurdity”, claiming it was as realistic as creating “mulberry fields in the dark blue ocean”.

“To think that the plan to barter ‘economic cooperation’ for our honour, (our) nukes, is a great dream, hope and plan of Yoon, we came to realize that he is really simple and still childish,” she said in a statement carried by the official Korea Central News Agency.

She added that there would never be negotiations between the countries that used denuclearisation as a starting point.

“No one barters its destiny for corn cake,” she said.

She also accused the South of recycling proposals the North had previously rejected while comparing Yoon to a barking dog — saying it would have been better “for his image to shut his mouth”.

South Korea’s presidential office expressed “strong regret” over Yo Jong’s “rude” remarks, but added that the offer of economic aid remained in place.

“North Korea’s attitude is in no way helpful to the peace and prosperity of the Korean peninsula, as well as its own future, and only promotes isolation from the international community,” it said in a statement.

The personal nature of Yo Jong’s attack against Yoon showed that relations would likely be “severely difficult” over the hawkish new president’s five-year term, Yang Moo-jin, a professor at the University of North Korean Studies, told AFP.

“Yoon has said that North Korea’s denuclearisation is the very basis for sustainable peace on the Korean Peninsula,” Yang said.

“Today, by ridiculing Yoon, Kim Yo Jong basically told him once again that the North cannot disagree more.”

Pyongyang last week warned it would “wipe out” Seoul authorities over a recent Covid-19 outbreak, a threat that came less than a month after Kim Jong Un said his country was “ready to mobilise” its nuclear capability in any war with the United States and the South.

Yoon on Wednesday said his administration had no plans to pursue its own nuclear deterrent, even as Pyongyang test-fired two cruise missiles the same day.

Cheong Seong-chang, director of the Center for North Korean Studies at the Sejong Institute, said Yo Jong’s Friday statement “clearly reaffirms” Pyongyang will never give up its nukes.

“The weight of North Korean nuclear threats that South Korea has to live with has already exceeded the level it can bear,” he said.

North Korea has conducted a record-breaking blitz of weapons tests this year, including firing an intercontinental ballistic missile at the full range for the first time since 2017.

Washington and South Korean officials have repeatedly warned that the North is preparing to carry out what would be its seventh nuclear test.