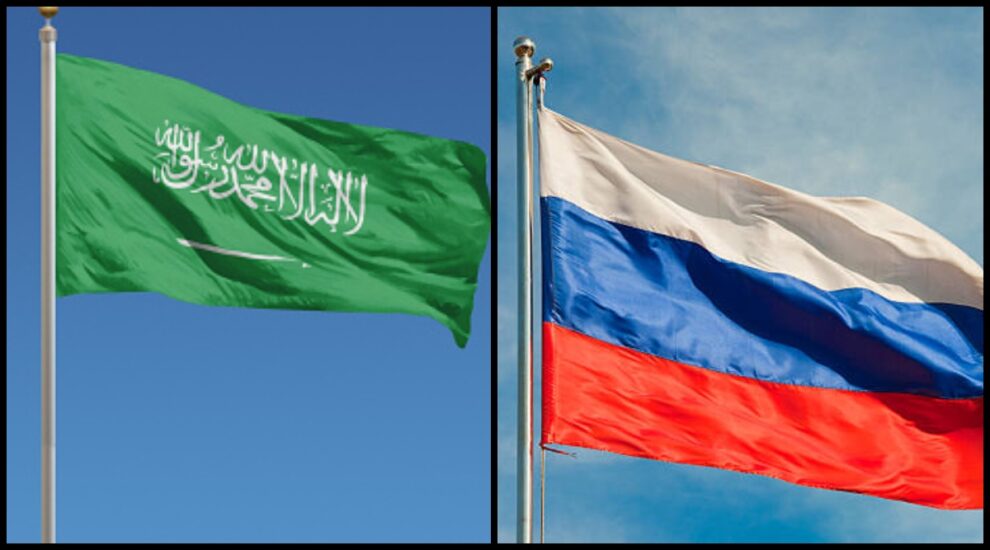 By ignoring the United States and slashing its oil production, the OPEC+ group of petro-states demonstrated the tightening bond between Saudi Arabia, normally a close US ally, and Russia.

Here are key questions about the group’s evolution:

OPEC+ was born in late 2016 when 10 oil-producing countries, including Russia, joined forces with the Saudi-led 13 nations of the Organization of the Petroleum Exporting Countries to prop up falling prices.

With 60 percent of global crude exports under its control, the cartel exerts great influence over the oil markets by coordinating its production targets.

It is a motley crew of countries: Saudi Arabia and Iran are bitter rivals, South Sudan and Libya have been wracked by civil wars and others such as Venezuela are mired in economic crises.

“Anyone who believed back in 2016 that the enlargement of the producer group by 10 non-OPEC producing countries will be a brief affair has been proven wrong,” said Tamas Varga, analyst at PVM Energy.

“It has survived turbulent periods, including a short but devastating price war between the two heavyweights, Saudi Arabia and Russia in 2020,” Varga said, referring to disagreements on production levels.

The cartel faced its biggest crisis back then as countries locked down due to the Covid pandemic, sending oil demand plunging to a point that prices sank into negative territory.

The group agreed in April 2020 to slash output by 9.7 million barrels per day in order to boost sagging prices. It began to raise production again last year as the market improved.

A new global crisis emerged when Russia invaded Ukraine in late February, sending oil prices close to a 14-year high of $140 per barrel.

But OPEC+ maintained a united front as it resisted Western calls to boost production in order to bring down energy-fuelled inflation.

With fears of recession bringing prices under $90 in recent months, the group decided instead on Wednesday to cut production by two million barrels per day from November.

The move “shows the Gulf States are still unwilling to distance themselves from Russia even as the conflict in Ukraine grinds on,” said London-based consultancy Energy Aspects.

The group also extended its “declaration of cooperation” for another year.

“The clue for OPEC+ success is first and foremost our cohesion,” the Saudi energy minister, Prince Abdulaziz bin Salman, said following Wednesday’s OPEC+ meeting in Vienna, adding that it was “not an accident” that the group has been collaborating since 2016.

– How does Russia benefit from the cut? –

Russia has raked in at least 116 billion euros ($114 billion) in oil exports since the start of the war, according a September report by the Centre for Research on Energy and Clean Air.

But its production has declined as Western sanctions bite and it has sold its oil at a discount.

“The ultimate winner of the agreement is Russia,” Varga said.

“Its declining production together with falling prices and a relatively strong ruble critically hindered the country’s ability to finance the war against Ukraine,” he said.

Moscow faces a new problem later this year when a European Union ban on most of its oil comes into effect. The EU and G7 are also considering a price cap on Russian oil.

“Given Russia’s limited ability to ramp up production due to sanctions the agreement goes a long way to maximise its revenue from oil exports,” Varga told AFP.

– Was it a political decision? –

When asked how Washington might react to the group’s next move, UAE energy minister Suhail al-Mazrouei insisted OPEC+ was merely a “technical organisation” — suggesting there are no political motives behind its decisions.

“The issue is that it’s very difficult to take politics out of the situation when high energy prices are being driven by a war started by one of the main OPEC+ member states,” Erlam said.

“While other countries may insist decisions aren’t political, that’s difficult to accept when they’re continuing to cooperate with Russia and refusing to condemn their invasion,” he said.

The White House was not pleased, saying it was “clear that OPEC+ is aligning with Russia”.