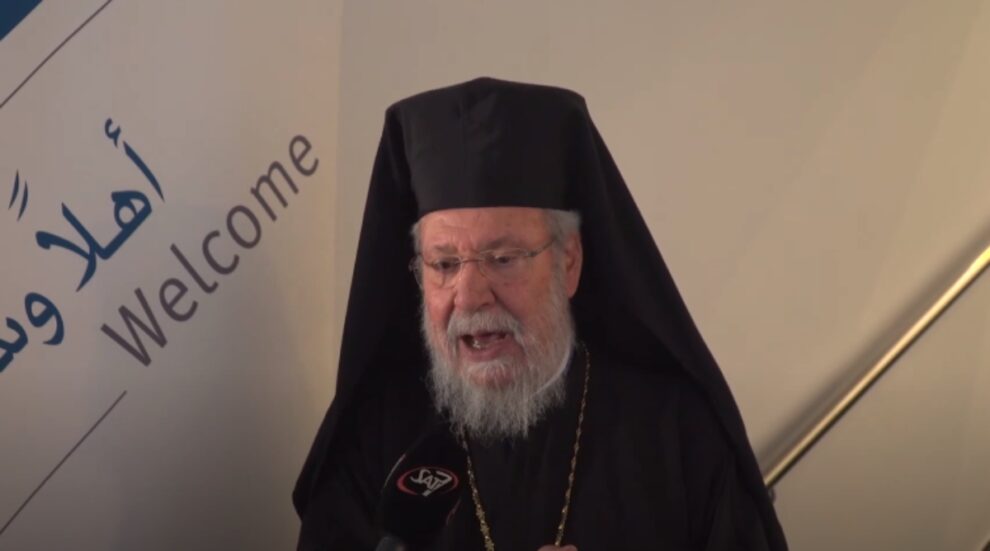 The leader of the Cyprus Orthodox Church, Archbishop Chrysostomos II, has died aged 81, his doctors said Monday, after years of battling cancer.

An outspoken cleric who influenced both politics and religious life on the divided island, Chrysostomos had led the powerful Orthodox Church since November 2006.

“The archbishop passed peacefully in his sleep after facing the challenge of his illness with courage, patience and Christian determination,” a statement from his doctors said.

“What will always accompany and follow us is his honesty, kindness and smile,” they added.

The Holy Synod, the church’s governing body, was due to meet later on Monday to decide on funeral arrangements, to be held in the capital Nicosia.

The Synod will then lead the process to elect Chrysostomos’ successor, which also includes a popular vote by followers of the church.

Official engagements and other events have been cancelled following the death.

“His reforming work for Orthodox Christianity, the Church and his action for the prosperity of our people is enormous.”

Education Minister Prodromos Prodromou told state broadcaster CyBC the archbishop “was a special figure for Cyprus, and today is a day of sadness”.

Born Irodotos Dimitriou in Tala, a village near the western city of Paphos, on April 10, 1941, Chrysostomos had been treated for a colon tumour and liver metastasis since 2018.

He was a vocal opponent of the 1974 Turkish invasion, launched in response to a coup sponsored by the military junta then ruling Greece, which has divided the island into a Greek Cypriot-controlled south and a breakaway Turkish Cypriot north.

Chrysostomos had also campaigned against a unification plan by former UN chief Kofi Annan, which Greek Cypriot voters rejected in a 2004 referendum.

As religious leader, he had promoted inter-faith dialogue and worked closely with other Christian and Muslim leaders.

The archbishop issued in 2020 a joint call with Turkish Cypriot Mufti Talip Atalay and the Armenian and Maronite religious leaders urging concerted efforts to curb the spread of the Covid-19 pandemic.

He had chastised priests who refused vaccination against the coronavirus.

In April, Chrysostomos blasted an “un-Christian” and “nonsensical” Russian invasion of Ukraine, despite close ties between his church and Russia’s Orthodox leadership that has backed it.

The Orthodox Church is estimated to own property worth billions of euros (dollars) across Cyprus.

It is considered one of the wealthiest organisations in the country, with interests and shares in banking, drinks manufacturing, hotels and cement making.

The archbishop’s statements on the economy, political affairs and social issues held sway in a religious society that practises the same Orthodox faith as Russians, a relatively large diaspora in Cyprus.