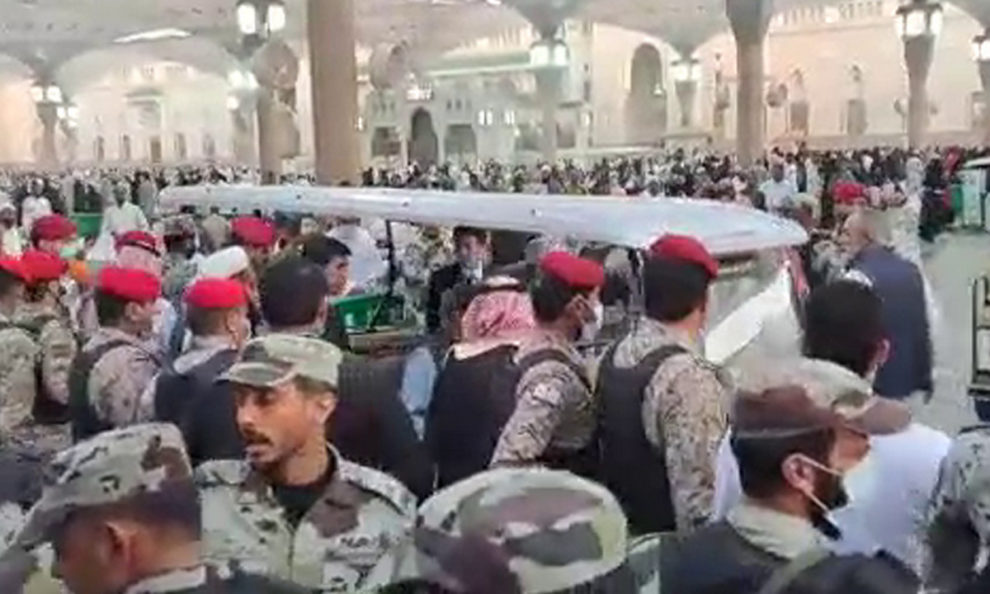 The media director of the Saudi Embassy in Islamabad confirmed on Friday that some Pakistanis who hounded and chanted slogans against Prime Minister of Pakistan Shehbaz Sharif and his delegation in Saudi Arabia at Madina’s Masjid-e-Nabwi were arrested, Dawn News reported.

According to the official, the protesters were detained for “violating the regulations” and “disrespecting” the sanctity of the holy mosque.

Prime Minister Shehbaz Sharif and his ministers were stuck in Saudi Arabia’s Masjid-e-Nabawi (PBUH), located in the holy city of Madina, on Friday as some people, apparently PTI supporters, gathered around them, shouting slogans of “thieves” and “beggars” – one of the pictures captured on the scene showing the premier sitting in a vehicle visibly upset over the incident.

Miscreants can be seen specifically targeting Narcotics Minister Nawab Shahzain Bugti in a series of videos making the rounds on social media, calling him a “shameless” and a “lota.” One of them even grabbed him by the hair. The minister then attempted, but failed, to apprehend that individual.