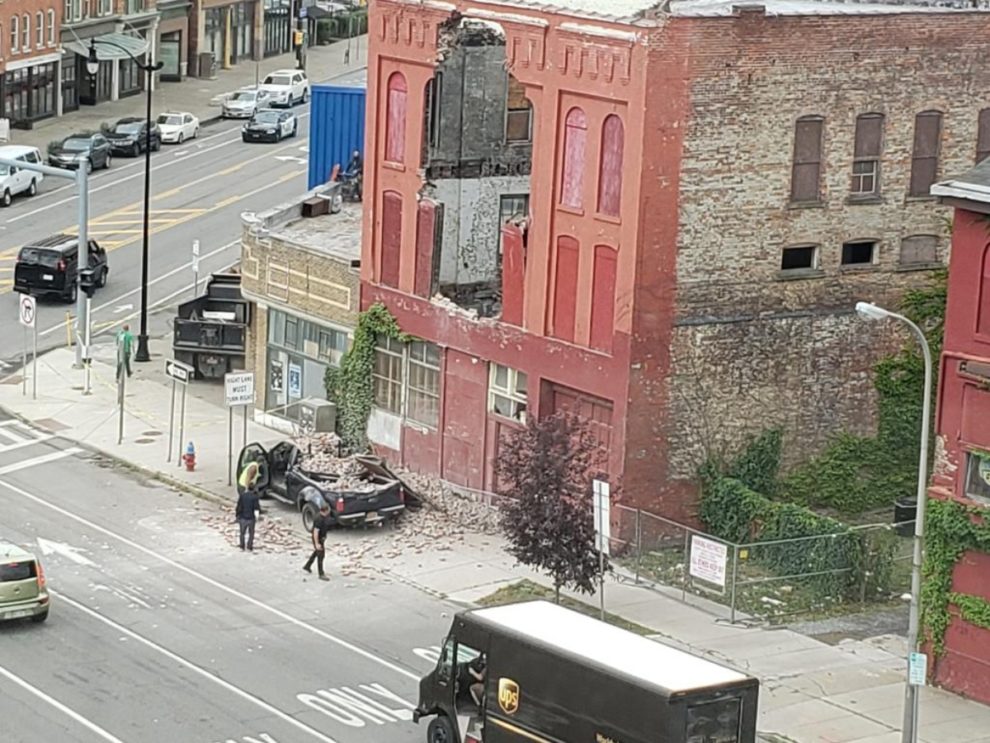 Emergency crews from Buffalo are on the scene of a partial building collapse at Genesee and Oak Streets in downtown Buffalo.

Some of the debris fell on top of a vehicle parked below the building. The building is reportedly vacant.

A city spokesperson says the city received a call about the incident at 10:45am. According to reports, no one is injured in the incident.

Video embedded below is taken by George Richert, a reporter of WIVB TV.

BREAKING: Partial building collapses onto a vehicle at at Genesee and North Oak Street in Buffalo, New Yorkpic.twitter.com/FX098Nlqc5

The incident aforementioned happened about a week after the Surfside, Florida building collapse.

As of Friday, the death toll at Surfside condo collapse stood at 18, with up to 145 people still missing.