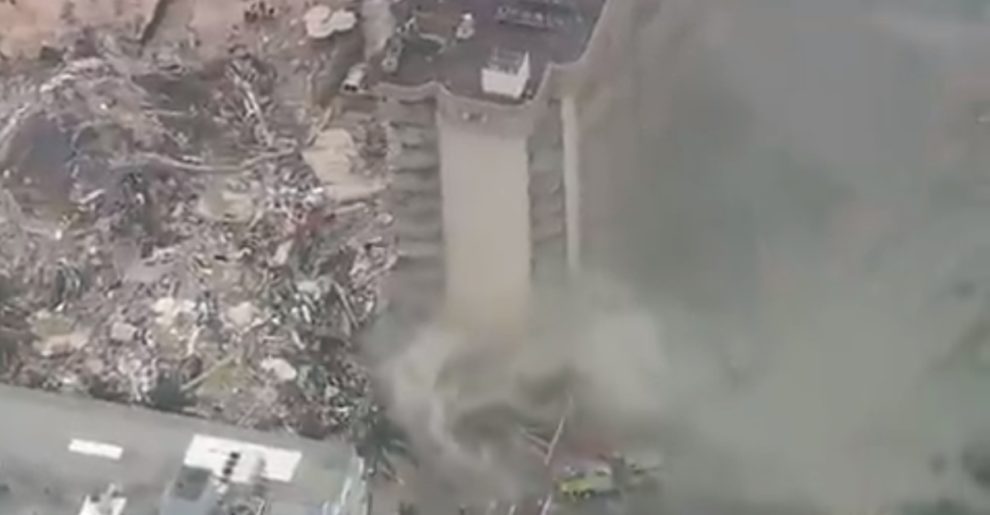 A fire has broken out in the remaining portion of the Surfside building in Florida that collapsed early this morning.

The fire started on the north side of the Champlain Towers, 8777 Collins Avenue.

There’s no confirmation yet of what may have started the fire.

Firefighters are applying water to the affected area of the building after a fire broke out within the collapsed building, as they continue to search for missing people inside.

According to latest updates,

Video footages of fire at the Surfside building in Florida

NOW – Fire Breaks Out At The Surfside Building That Collapsed In Floridapic.twitter.com/xqzKRUpgxH

Breaking: A fire has broken out at the scene of the Surfside building collapse. pic.twitter.com/XvPnVf4GXY