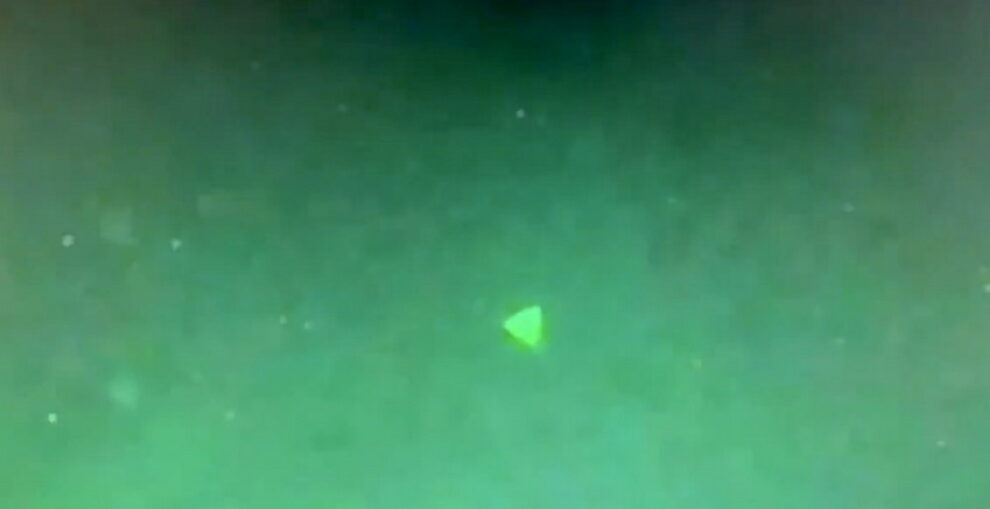 Some mind-boggling images and videos have been leaked from a secretive Pentagon investigation of UFOs, according to Mystery Wire.

Several pyramid-shaped UFOs can be seen swarming above the ship at night in a leaked video. The video was recently posted on social media sites.

The baffling video from July 2019 was anonymously sent to filmmaker Jeremy Corbell, along with detailed information on an alleged Pentagon intelligence briefing on Unidentified Aerial Phenomena (UAP).

The Pentagon has confirmed via e-mail to The Black Vault that the photos and videos leaked this week were all taken by Navy personnel.

“I can confirm that the referenced photos and videos were taken by Navy personnel. The UAPTF has included these incidents in their ongoing examinations,” said Susan Gough, Pentagon Spokesperson.

“As we have said before, to maintain operations security and to avoid disclosing information that may be useful to potential adversaries, DOD does not discuss publicly the details of either the observations or the examinations of reported incursions into our training ranges or designated airspace, including those incursions initially designated as UAP.”

The video is one of several pieces of visual evidence gathered by the UAP Task Force to document strange encounters reported by the US Navy over the last two years.

Watch the ‘video’ of the Pyramid shaped UFOs confirmed by Pentagon:

US government examining over 500 ‘UFO’ reports