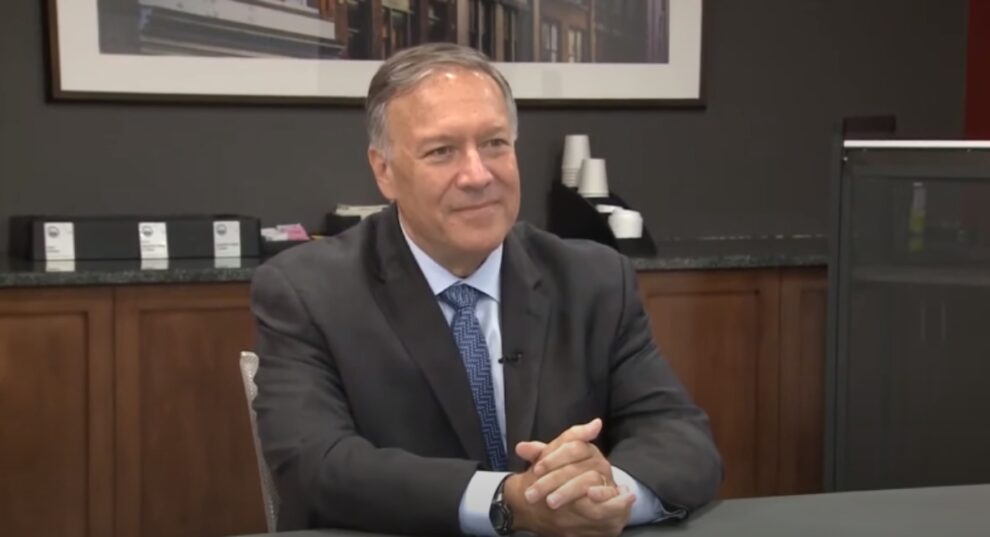 Former US secretary of state Mike Pompeo told an audience in Taiwan on Tuesday that the era of “blind engagement” with China is ending, and that Beijing’s increasingly aggressive behaviour has brought like-minded nations closer together.

One of former president Donald Trump’s most hawkish advisers on China, Pompeo is the latest in a recent spate of Western politicians to visit Taiwan, often angering Beijing.

Pompeo’s visit comes ahead of a major gathering of Chinese Communist Party officials next month, where President Xi Jinping is expected to secure an unprecedented third term.

In a speech to a business forum in the city of Kaohsiung, Pompeo described Xi’s decade in power as a turning point in relations between Washington and Beijing — as well as many of China’s neighbours.

“China’s aggressive conduct, diplomatically, militarily, economically… have changed this region. And it brought those who prefer peace and commerce even more closely together,” he said.

“If we want a free 21st century, and not the Chinese century, the century which Xi Jinping dreams of, the old paradigm of blind engagement must end,” he added, praising countries such as Japan and Australia for boosting their defence spending.

Washington ramped up official contacts with Taiwan under Trump, especially towards the end of his four-year term as relations with Beijing worsened.

Pompeo was a key architect of that more hawkish later phase.

Washington has long maintained a policy of “strategic ambiguity” on whether it would intervene militarily if China were to invade Taiwan.

President Joe Biden has begun moving to a less ambiguous stance, saying in multiple interviews that the US would come to Taiwan’s aid in the event of an attack.

Pompeo, who since leaving office has advocated for diplomatically recognising Taiwan as an “already independent” nation, criticised what he described as Biden’s “muddled and confusing statements”.

“Concerning America’s true commitment to Taiwan the ambiguity that had been American policy has now become even more ambiguous. This concerns me greatly,” he said on Tuesday.