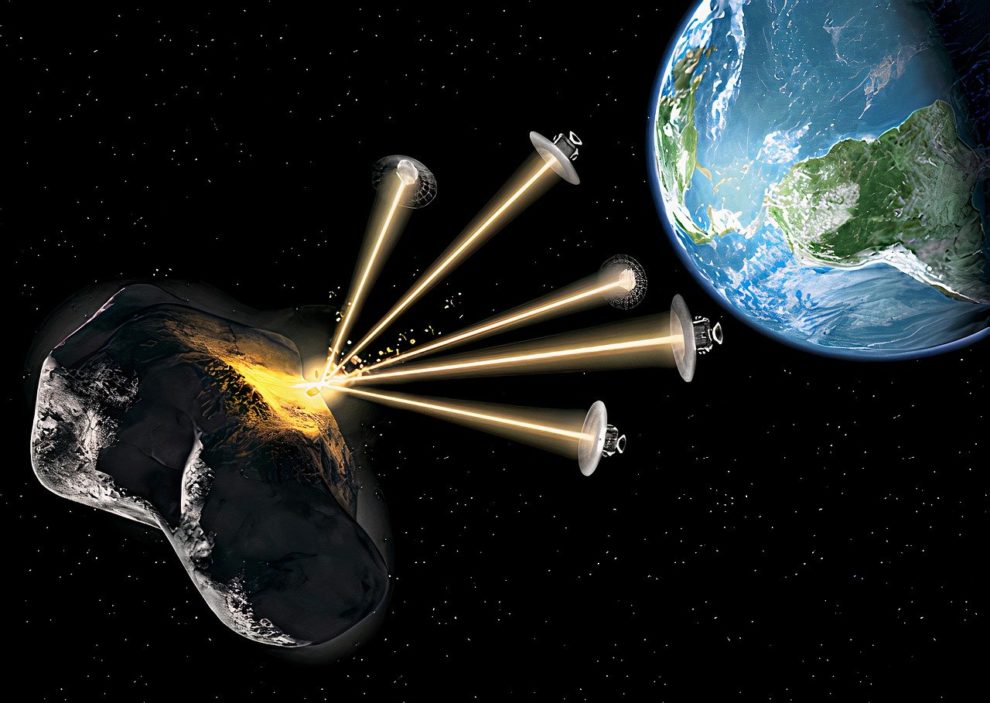 According to NASA, a potentially hazardous giant asteroid will fly past Earth at 37,400 km/h on Thursday.

The NEOs can occasionally approach Earth as they orbit the Sun, according to the Centre. However, it explained that a “close” passage astronomically can be millions or even tens of millions of kilometres away in human terms.

As a result, Asteroid 418135 is expected to pass by our planet without colliding, according to Live Science.

At its closest point, the asteroid will pass within 3.2 million kilometres of Earth, which is roughly eight times the average distance between Earth and the Moon.

According to CNEOS, asteroid 418135 was discovered on January 12, 2008, by asteroid surveyors at the Mt. Lemmon SkyCenter observatory in Arizona and last zipped past Earth on March 1, 2015.

The asteroid passes our planet every seven years, with the next close flyby scheduled for May 25, 2029.

The space rock has an estimated diameter between 380 to 860 metres and will be travelling at roughly 40,700 km/h when it passes Earth on May 9.

NASA launched a spacecraft as part of its Double Asteroid Redirection Test mission last November, with the goal of redirecting a non-hazardous asteroid by ramming it off course.

China is also in the early stages of planning an asteroid-redirect mission. The country claims that by launching 23 Long March 5 rockets into the asteroid Bennu, it will be able to divert the space rock from a potentially catastrophic collision with Earth, according to the report.