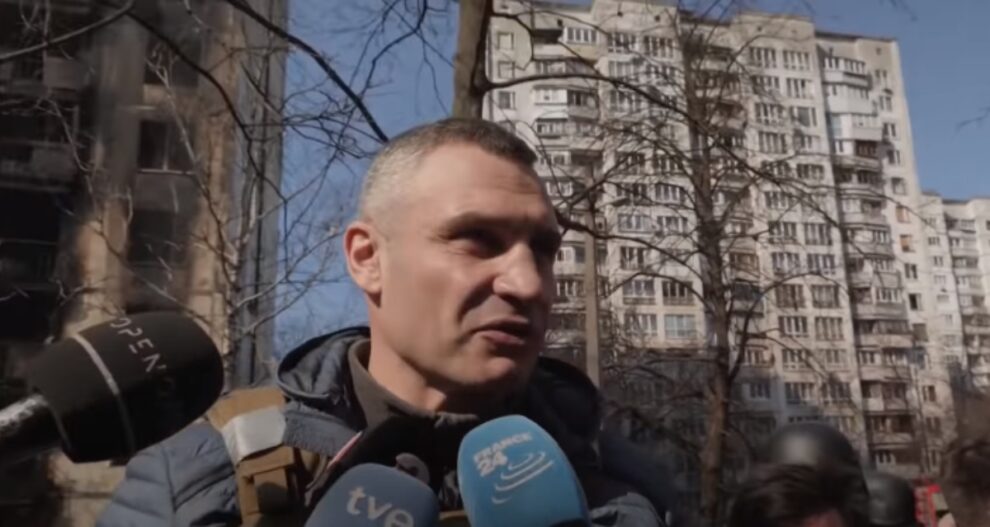 Ukrainian officials blamed Russia Tuesday for a missile attack on the capital Kyiv, saying residential buildings were hit as air raid sirens sounded across the country.

“There is an attack on the capital. According to preliminary information, two residential buildings were hit in the Pechersk district,” Kyiv Mayor Vitali Klitschko said in a statement on social media.

“Several missiles were shot down over Kyiv by air defence systems. Medics and rescuers are at the scene of the strikes. More details later,” he added.

The deputy head of the president’s office Kyrylo Tymoshenko said in a statement online that the missiles had been fired by Russian forces.

He distributed footage of the apparent scene of the attacks, with a blaze emerging from a Soviet-era, five-story residential building.

“The danger has not passed. Stay in shelters,” he added.

The Ukraine presidential chief of staff Andriy Yermak said the attack was a response to President Volodymyr Zelensky’s address to the G20, during which he called on leaders to pressure the Kremlin to end its invasion.

“Does anyone seriously think that the Kremlin really wants peace? It wants obedience. But at the end of the day, terrorists always lose,” Yermak said.

Russian forces have in recent weeks been targeting energy infrastructure across Ukraine and has launched barrages of missiles and sent swarms of drones on the capital.

Kyiv was last targeted by Russian forces nearly one month ago on October 17.