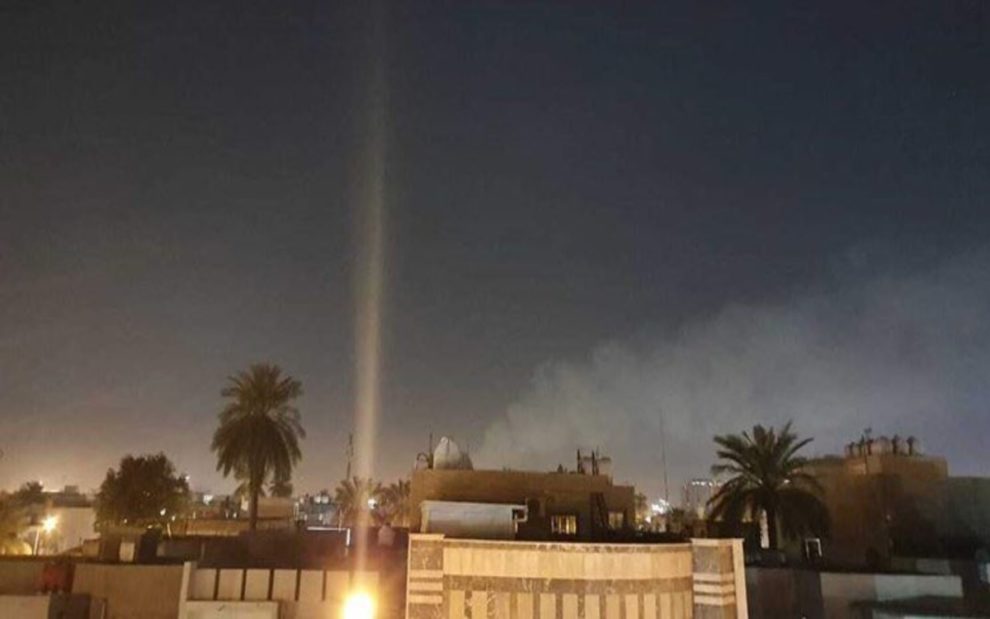 Rocket attacks in US embassy in Baghdad, Iraq

Two rockets landed near Al-Sijood Palace, the Green Zone, situated West of the US Embassy. While one of them fell within the perimeter of the Green Zone but the other hit the surrounding residential neighborhoods, Iraq’s security sources said. Sirens were blaring in the US embassy. The Green Zone hosts foreign embassies and government buildings and usually remains a target of rocket attacks.

Early reports suggest at least three 107mm rockets impacted the vicinity of the US Embassy in Baghdad. This number can vary as more details about the event will appear.

There are early, unconfirmed reports of a possible new rocket attack by unspecified Iraqi Shiite insurgents targeting either the U.S. embassy or U.S. military forces at the Victory Base Complex near Baghdad Airport. – Evan Kohlmann

No embassy or coalition buildings were reportedly hit. But several cars damaged in the rocket attack. This is the third attack in a week targetting Western diplomatic, military, or commercial installations across Iraq after some relatively peaceful months. No reports of casualties as yet.

Yesterday, at least eight Katyusha rockets hit the Green zone in an attack against the US embassy, causing some minor damage to the compound. The US Embassy condemned the attack and demanded all Iraqi political and governmental leaders to take measures to prevent such attacks.  On 15 February, a rocket attack killed a civilian contractor. And at least nine people, including a US soldier, got injured in a rocket attack on a military base of the US forces in Erbil, Iraq.

US officials blamed Iran-backed militia for continuous rocket attacks on U.S. facilities in Iraq, including near the embassy in Baghdad. No known Iran-backed groups have claimed responsibility.