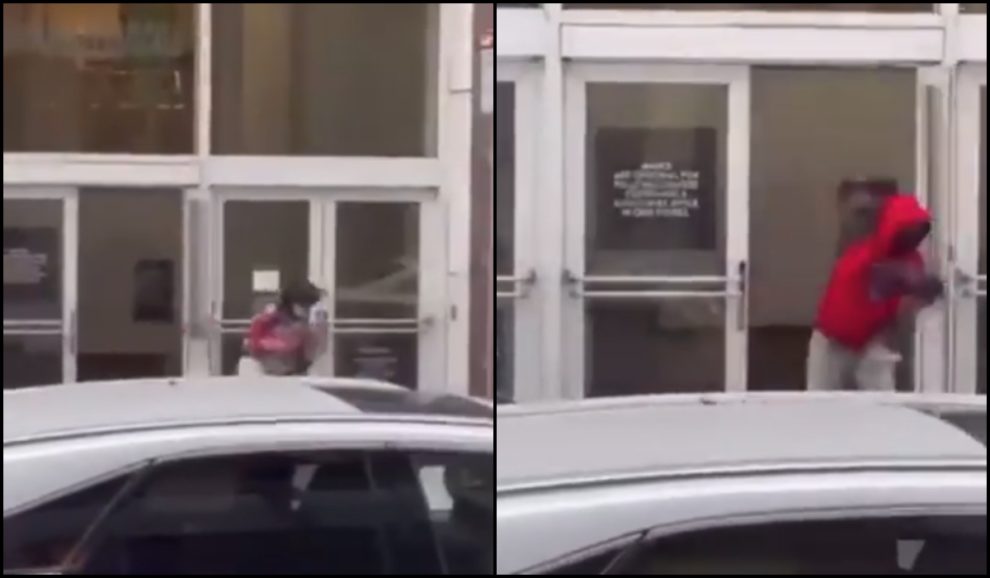 San Francisco police are looking into a handbag robbery that occurred Monday evening at a Neiman Marcus store. Video posted on social media shows shoplifters running away, carrying handbags, from inside the store.

According to reports, the incident occurred near the end of the day at a Neiman Marcus located at Union Square in San Francisco. According to witnesses, display cases were smashed and items were stolen from racks inside the store before the suspects fled.

A part of the incident was recorded and posted over social media.

Dion Lim, a KGO-TV anchor, reported that city police confirmed the “shoplifting incident” at a Neiman Marcus in Union Square around 5:49 p.m. She tweeted that she received the video by someone whose wife works nearby.

NEW – Neiman Marcus getting robbed in the evening around 5:49 PM on Union Square in San Francisco pic.twitter.com/Y2X0ziVGag

According to the KTVU report, the suspects were seen sprinting out of the stores with some of the items, including what appeared to be handbags.

Neiman Marcus has yet to respond to a request for comment on what occurred.

However, other retailers are responding to similar crimes.

Walgreens has closed approximately 17 stores in the last five years, primarily as a result of shoplifting.

Target announced late last week that six San Francisco stores will reduce store hours due to an increase in shoplifters: stores will now close at 6 p.m. instead of 10 p.m., KTVU reported.