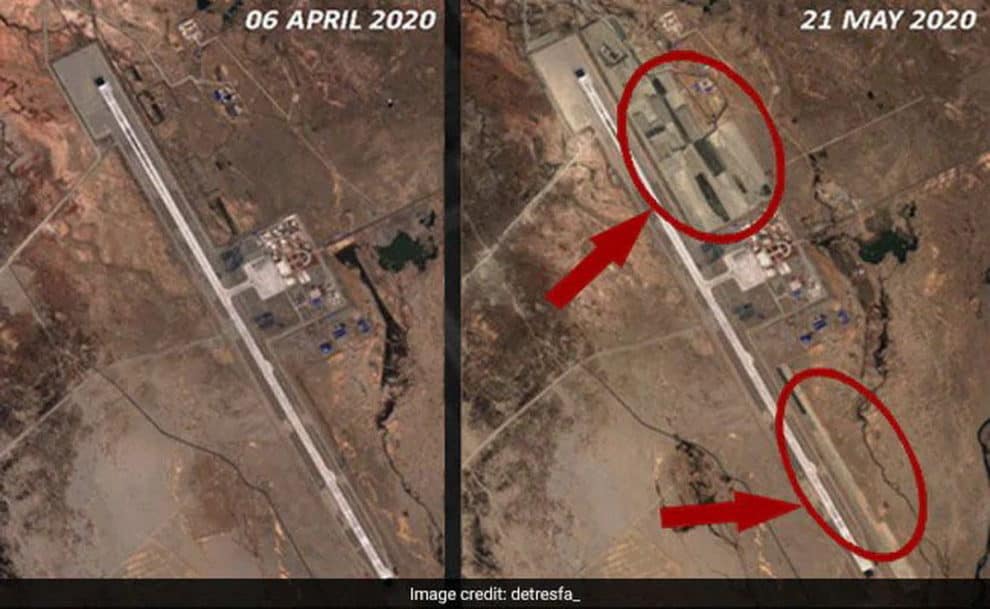 Yesterday, we posted about 10,000 Chinese PLA soldiers that entered inside India Territory. While still on the matter, a report has shown a few satellite images, where China is expanding its airbase, near Ladakh.

According to a few satellite images published by a local Indian news publication, the Chinese troops have commenced the expansion of its airbase, 200 km from Pangong Lake, in Ladakh. The images, also showing Ngari Gunsa airport in Tibet, originated from open-source intelligence expert @defresfa_, an analyst with ShadowBreak Intl.

Furthermore, the report claimed that one of the satellite images, dated way back to April 6. It also added that the second image came out a few days ago – May 21 to be precise.

The first image shows how the territory originally looked. However, the second image clearly shows massive construction activity going on in the territory. The expansion has included something that looks more like a secondary tarmac to combat aircraft or taxi-track. Also, the third image shows a line-up of four fighter jets. They are either J-11 or J-16 fighters of the Chinese PLA Air Force. 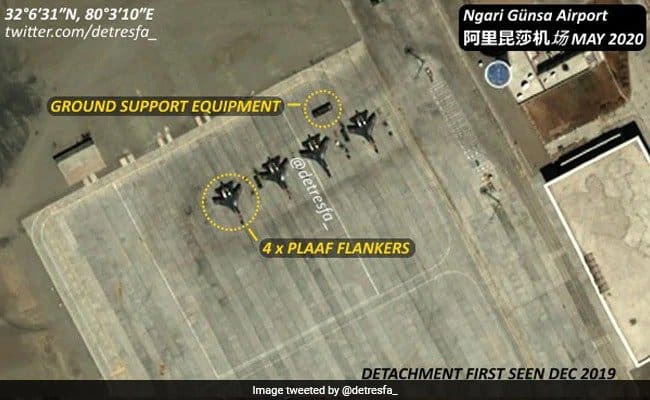 According to the caption on the third image, it looks like the deployment of the fighter jets at the Ngari Gunsa airbase was spotted way back in December 2019. Also, the report added that the location of the airbase is significant. That’s because it’s a dual-use military and civil airport, with 14,022 feet – one of the highest in the world. The report also mentioned that with that kind of height, the fighter jets can only be useful to carry limited war-loads and fuel. Here’s what Sameer Joshi, a retired squadron leader said about such heights:

“The useful endurance of Chinese J-11 or J-16 fighters deployed at such altitudes will not be more than an hour,”

He also added that the useful endurance of Indian Air Force fighters could be up to three to four hours if they utilize air to air refueling tanks.

As reported earlier, thousands of Chinese soldiers are already very close to the Line of Actual Control in Ladakh. The Intrusion, which started on May 5, has had several soldiers from both China and India battle physically. Also, 5000 of the Chinese People’s Liberation Army troops have positioned themselves in Galwan River, digging defenses to repel any attack by the Indian troops.

Reports have it that there have been several meetings between local commanders of the two sides In Ladakh. However, nothing fruitful has come out of it so far. Also, there’s a meeting between the Defence Minister Rajnath Singh, the Chief of Defence Staff, and the Armed Forces Chief. Hopefully, something exciting will come out of it sooner than later.

In other news, there’s an offer by the Chinese embassy to evacuate any Chinese nationals from New Delhi back to China. That’s as a result of the rapid and continuous outbreak of the coronavirus. However, each citizen will have to pay for their flight tickets, as it’s not free of charge.