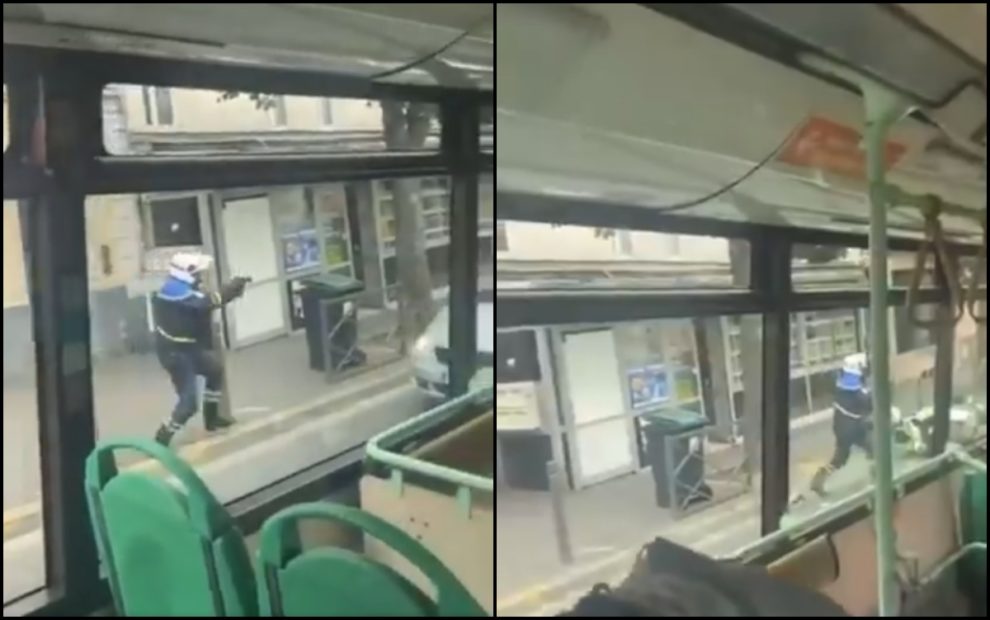 According to initial reports, A shooting incident took place at Rosny-sous-bois. Two police officers have opened fire at a vehicle in the middle of the street in Rosny-sous-bois, France.

A police intervention is in progress, the police are asking people to avoid the area.

Video recorded from bus, posted over social media, shows two bikers from the police part of the motorized brigade opened fire in the street.