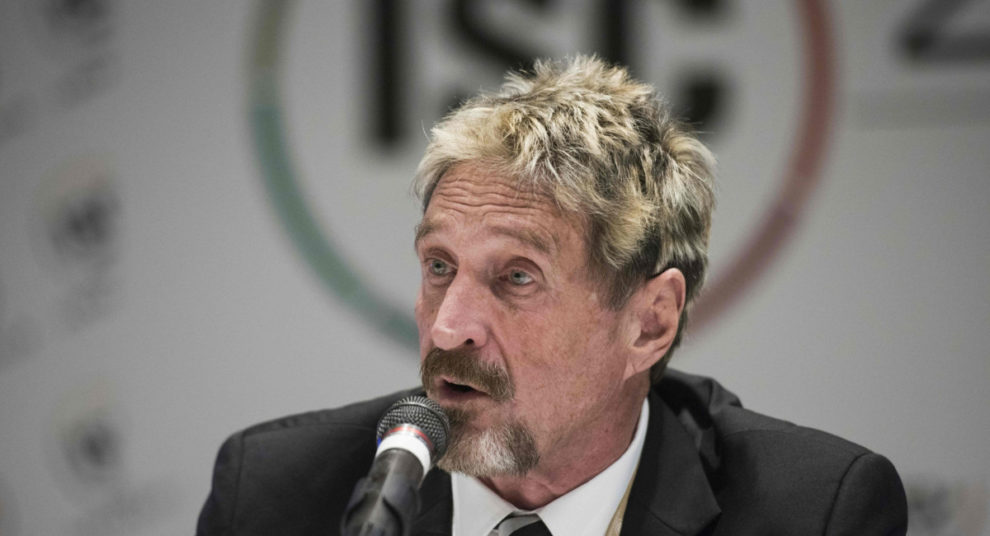 According to John McAfee’s wife, Spanish authorities are engaging in a “cover-up” of the software tycoon’s death by not sharing any further information.

McAfee was discovered dead in a jail cell last month after a Spanish court ruled that he would be extradited to the United States, where he was charged with life in prison for tax evasion.

“There has been no since of urgency from the various Spanish authorities involved in the investigation into John’s death and there is clearly a cover up happening here concerning the events surrounding his death,” McAfee wrote in a Twitter post.

“We have not received the death certificate, the official autopsy report or the official report from the prison,” she added. “I understand that things take time but the lack of cooperation from the Spanish authorities only confirms our suspicions that they have something to hide.”

Both Janice McAfee and the tycoon’s lawyer previously stated that there was no indication McAfee was suicidal prior to his alleged suicide.

McAfee repeatedly stated in tweets and public statements that he had no intention of killing himself, claiming that he would be “whacked” if he did.

After her husband was discovered dead in a Spanish prison, the widow of antivirus creator John McAfee [on Jun 6] said she does not believe the story of suicide being spread by “malignant” forces.

On several occasions, he claimed that he had gathered over 31 terabytes of data implicating deep state and CIA officials in criminal activity.

Spanish PM, US embassy targeted in wave of letter bombs