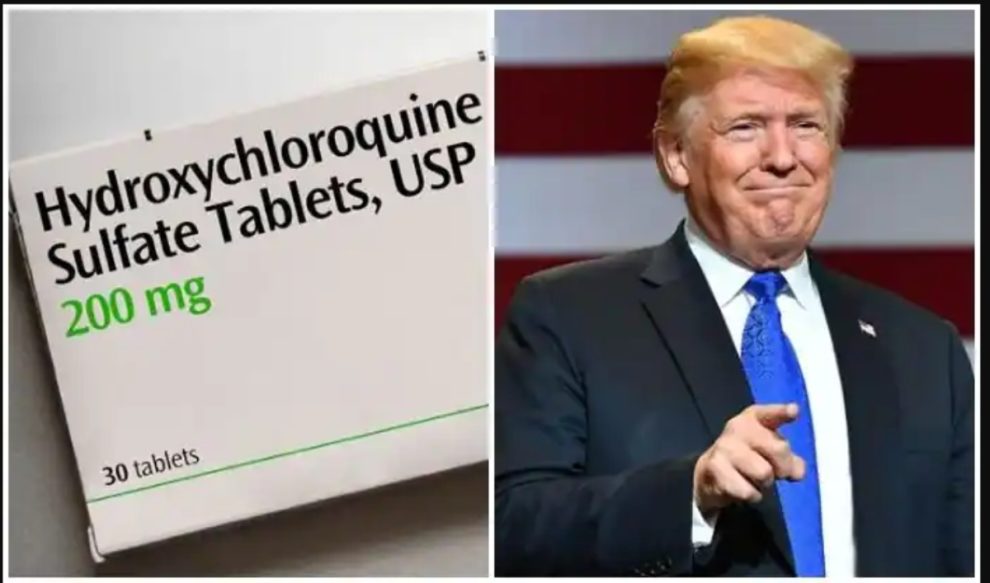 According to a new study, the controversial drug hydroxychloroquine, which was promoted by former President Donald Trump, improved the survival rate of severely ill COVID-19 patients.

The study, published in medRxiv, discovered that the Trump-touted antimalarial drug hydroxychloroquine, in combination with zinc, could increase COVID-19 survival rates by up to nearly 200 percent when given at higher doses to ventilated patients with a severe form of the illness.

“We found that when the cumulative doses of two drugs, HCQ and AZM, were above a certain level, patients had a survival rate 2.9 times the other patients,” the study concludes.

The study says, “By using causal analysis and considering of weight-adjusted cumulative dose, we prove the combined therapy, >3 g HCQ and > 1g AZM greatly increases survival in Covid patients on IMV and that HCQ cumulative dose > 80 mg/kg works substantially better. These data do not yet apply to hospitalized patients not on IMV. Since those with higher doses of HCQ had higher doses of AZM, we cannot solely attribute the causal effect to HCQ/AZM combination therapy. However, it is likely AZM does contribute significantly to this increase in survival rate. Since higher dose HCQ/AZM therapy improves survival by nearly 200% in this population, the safety data are moot.”

Back in the spring, then-President Trump openly praised the drug’s efficacy and even took it himself. It drew criticism from medical experts, including White House coronavirus team member Dr. Anthony Fauci, as well as political pundits who dismissed his claims and maintained the drug was ineffective.

Last summer, Twitter suspended Trump’s son, Donald Trump Jr., after he posted a video of doctors praising the drug’s efficacy. He was accused by the social media platform of “spreading misleading and potentially harmful misinformation” connected to the coronavirus.

The World Health Organization issued a warning in March of this year against using the drug to prevent the coronavirus, citing data indicating that it was ineffective.

Some conservatives have used the study to defend Trump on social media, including Georgia Republican Rep. Marjorie Taylor Greene, who called out Fauci for previous comments about the drug.

Several other studies published since last year have concluded that hydroxychloroquine can be effective against the coronavirus in certain situations, including a December study published in the International Journal of Antimicrobial Agents that found 84 percent fewer hospitalizations among patients treated with the drug.

Another study, conducted by Hackensack Meridian Health, discovered promising results in patients with mild symptoms who were given the drug.