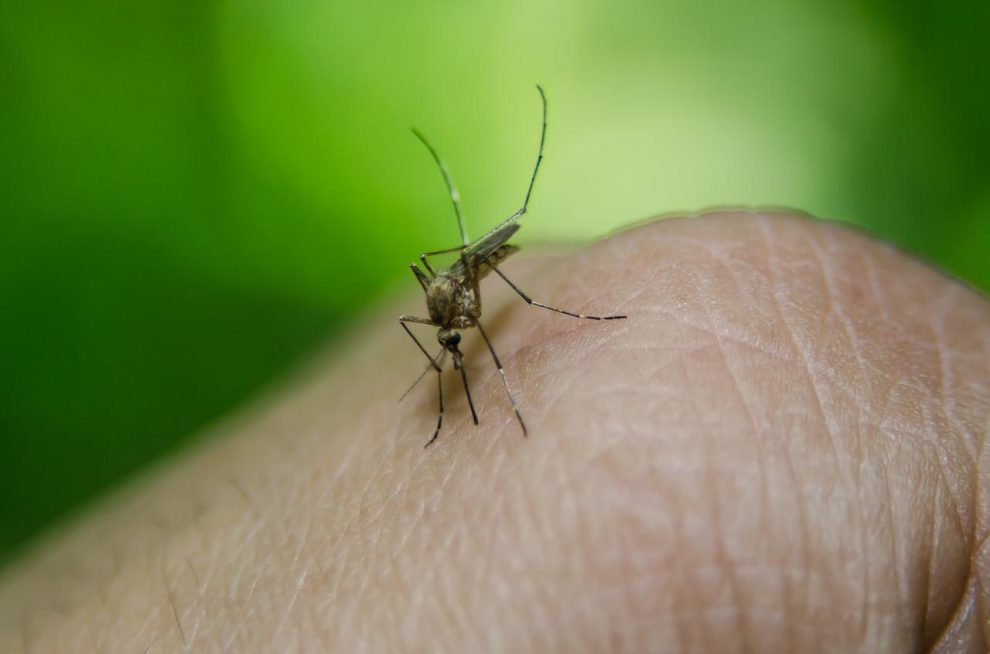 Mosquitoes that transmit dengue and other viruses have evolved growing resistance to insecticides in parts of Asia, and novel ways to control them are desperately needed, new research warns.

Health authorities commonly fog mosquito-infested areas with clouds of insecticide, and resistance has long been a concern, but the scale of the problem was not well understood.

Japanese scientist Shinji Kasai and his team examined mosquitos from several countries in Asia as well as Ghana and found a series of mutations had made some virtually impervious to popular pyrethroid-based chemicals like permethrin.

“In Cambodia, more than 90 percent of Aedes aegypti mosquitoes have the combination of mutations that results in an extremely high level of resistance,” Kasai told AFP.

He found some mosquito strains had 1,000-fold resistance, compared to the 100-fold seen previously.

That meant insecticide levels that would normally kill almost 100 percent of mosquitoes in a sample killed only around seven percent of the insects.

Even a dose 10 times stronger killed just 30 percent of the super-resistant mosquitoes.

“The resistance level that we found in mosquitos in Cambodia and Vietnam is totally different,” said Kasai, director of the Department of Medical Entomology at Japan’s National Institute of Infectious Diseases.

Dengue can cause hemorrhagic fever and infects an estimated 100 to 400 million people a year, although over 80 percent of cases are mild or asymptomatic, according to the World Health Organization.

Several dengue vaccines have been developed, and researchers have also used a bacteria that sterilises mosquitoes to tackle the virus.

But neither option is yet close to eradicating dengue, and Aedes aegypti mosquitoes carry other diseases, including zika and yellow fever.

Resistance was also detected in another type of mosquito, Aedes albopictus, though at lower levels — possibly because it tends to feed outdoors, often on animals, and may be exposed to insecticides less than its human-loving Aedes aegypti counterparts.

The research found several genetic changes were linked with resistance, including two that occur close to the part of mosquitoes targeted by pyrethroid and several other insecticides.

Resistance levels differed, with mosquitos from Ghana as well as parts of Indonesia and Taiwan still relatively susceptible to existing chemicals, particularly at higher doses.

But the research shows “commonly employed strategies may no longer be effective,” said Cameron Webb, an associate professor and mosquito researcher at NSW Health Pathology and the University of Sydney.

“There is growing evidence that there may not be a place for current insecticide formulations in controlling populations of key mosquito pests,” Webb told AFP.

He said new chemicals are needed, but authorities and researchers also need to think of other ways to protect communities, including vaccines.

“We have to think about rotating insecticides… that have different target sites,” added Kasai, whose research was published last month in the journal Science Advances.

“The problem is that we don’t have so many different kinds that we can use.”

Other options include more efforts to remove breeding sites.

When and where the mutations for resistance emerged is still a mystery, but Kasai is now expanding the research elsewhere in Asia and examining more recent samples from Cambodia and Vietnam to see if anything has changed from the 2016-2019 study period.

“We are worried that the mosquitoes with the mutations that we found in this study will spread to the rest of the world in the near future,” he said.

“Before that, we have to think of a solution.”