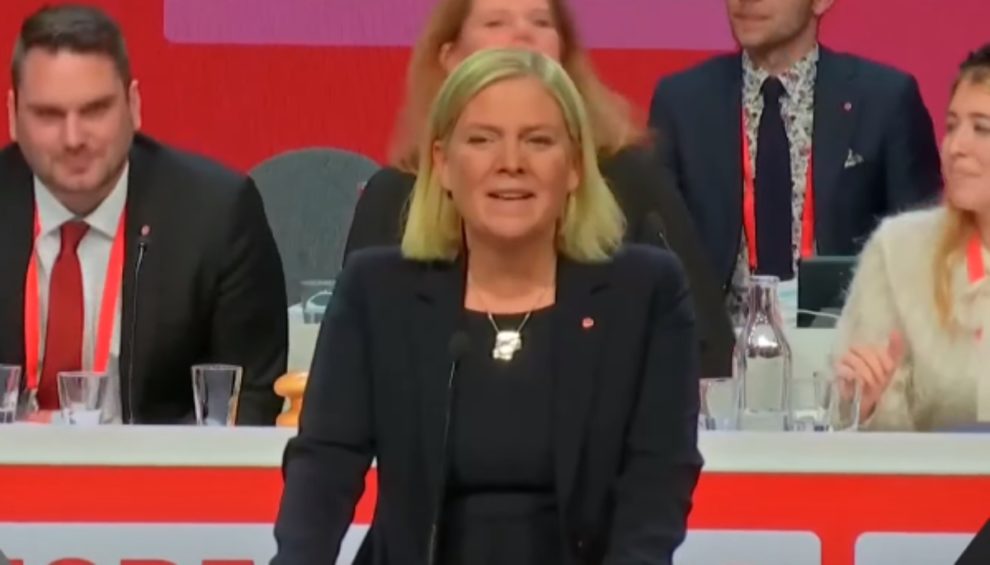 Swedish Prime Minister Magdalena Andersson resigned on Wednesday, just hours after being appointed, when her coalition partner, the Greens, resigned. “I have told the speaker that I wish to resign as Prime Minister,” Andersson said at a press conference.

She stated, however, that she was willing to try again as the leader of a single-party government.

The Green Party, the Social Democrats’ junior coalition partner, announced on Wednesday that it would leave the government after the Swedish parliament voted late in the afternoon on an opposition budget co-authored by the anti-immigration Sweden Democrats, the local reported.

After being approved by parliament in a separate vote on Wednesday morning, Andersson was set to formally assume her duties on Friday following a meeting with King Carl XVI Gustaf. However, shortly after the Green Party’s decision to strike over the right-wing opposition’s budget, she announced that she had handed in her resignation as prime minister to the speaker of parliament.

Andersson was chosen to succeed Stefan Lofven as party leader and prime minister, roles he stepped down from earlier this year.

NATO has no plans for bases in Sweden or Finland